Juventus are preparing a bid for Sampdoria defender Joachim Andersen, who has also been on Tottenham Hotspur’s transfer radar.

The Denmark Under-21 defender has established himself as a starter at Sampdoria this season after spending a year getting used to Italian football.


The 22-year-old centre-back’s performances in Italy have caught the eye of the giants of Italian football, with Juventus showing a keen interest in the young Dane.

The centre-back has been reportedly been scouted by Juventus and the club have been left impressed with what they have seen from the young defender this season. 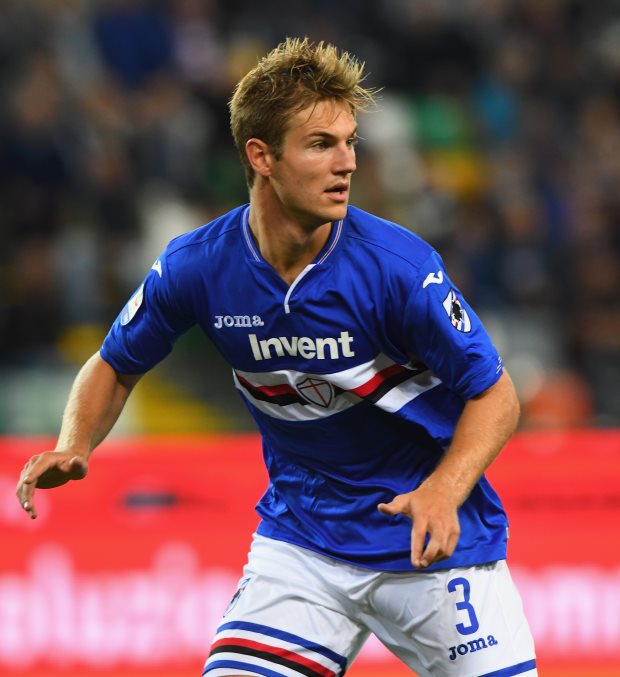 And according to Il Secolo XIX, they are preparing a bid to land Andersen from Sampdoria in the upcoming transfer windows.

It has been claimed that the Bianconeri are preparing a combined bid of €50m to sign Andersen and his Sampdoria team-mate Dennis Praet.


Juventus are expected to face competition from fellow Serie A giants Inter for Andersen’s signature and even Tottenham have been keeping tabs on the young defender.

The Dane is also expected to break into the Denmark senior squad after earning praise from Under-21 national team boss Niels Frederiksen.