We’ll Come Up With Something For Rangers, Lech Poznan Man Vows


Bundesliga outfit Stuttgart are showing interest in Rangers target Dominic Solanke, who could leave Liverpool on loan in the January transfer window.

Liverpool boss Jurgen Klopp has been unable to find space for Solanke in his team and, despite rating the 21-year-old highly, has not handed him a single first team minute this season.


Steven Gerrard's Rangers have been heavily linked with Solanke, along with several clubs from the Premier League.

Now, according to German magazine Kicker, Klopp's boyhood club Stuttgart are looking at Solanke as the solution to their lack of goals. 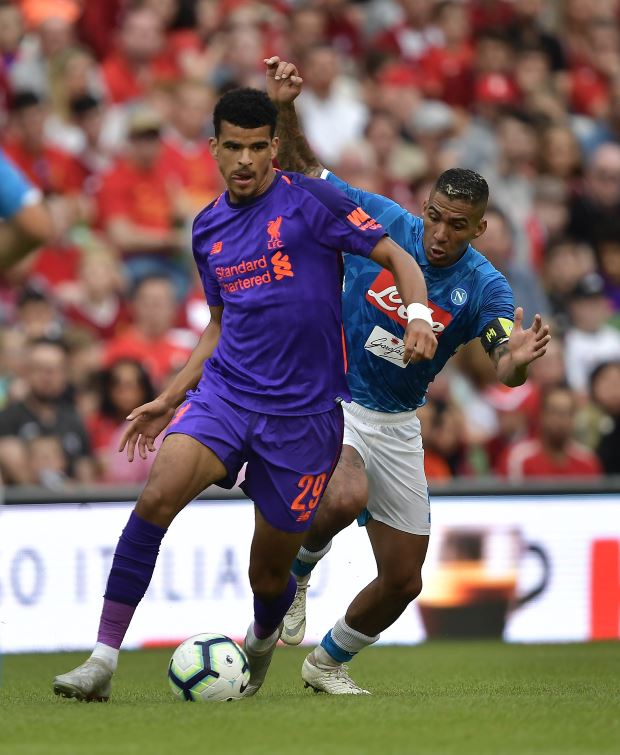 Stuttgart are in trouble in the Bundesliga, sitting third bottom, and a lack of goals, with just 12 scored in 17 league games, has contributed to their woes.

Signing a player who can put the ball in the back of the net is a priority for January.


Klopp has shown a willingness to send Liverpool stars to Germany, with Ryan Kent, currently at Rangers, spending time on loan at Freiburg last season.

Liverpool have midfielder Marko Grujic on loan at Hertha Berlin, while fellow midfielder Allan is at Eintracht Frankfurt.

We’ll Come Up With Something For Rangers, Lech Poznan Man Vows