Steve Nicol has urged Mesut Ozil to leave Arsenal after being reduced to a bit-part player in the regime of Unai Emery so far this term.

Ozil, who is one of the highest-paid players at the club, has been restricted to a limited number of appearances during the new era at the Emirates and misses out today again as the Gunners take on Fulham.


Emery has left Ozil out due to tactical reasons at times, while the German has also suffered with injuries.

The German missed out on the trip to Anfield as the Gunners endured a 5-1 thrashing at the hands of league leaders Liverpool. 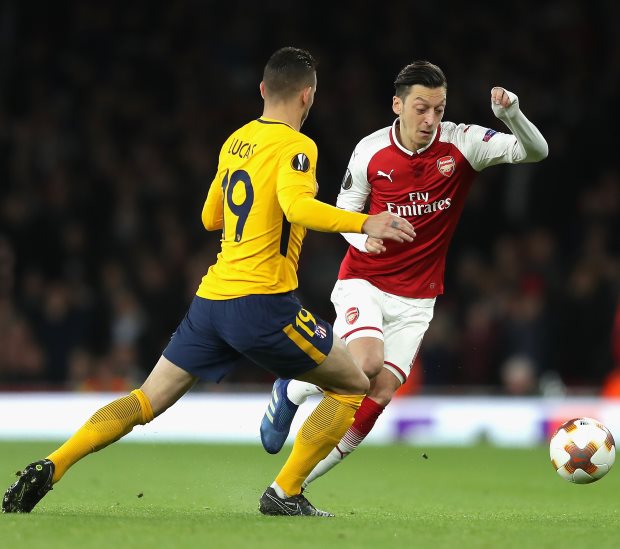 Despite making a small fortune in wages at the Emirates, Ozil has yet to hit the lofty expectations so far this season, with his last goal dating back to October.

Nicol, who won several league titles during his playing career with Liverpool, has urged Ozil to leave Arsenal to potentially resurrect his career elsewhere.


The Liverpool legend also insisted Ozil is not a bit-part player and went on to claim that he will not have accepted Emery’s reasons for leaving him out from time to time.

“Mesut Ozil is not a bit-part guy”, Nicol said on ESPN FC.

“There is no way Mesut Ozil is going to be anywhere near accepting of his manager Emery saying, ‘well we are not playing you for tactical reasons’.

“He has to get away from Arsenal, there is no question [about that].”

Ozil, who joined Arsenal from Real Madrid in the summer of 2013, has a contract that runs until 2021 at the Emirates.