James, who saw a move to Leeds collapse on transfer deadline day last month, has shaken off initial disappointment to put in impressive shifts at Swansea City.


The 21-year-old produced a stellar display against Brentford in the FA Cup, when he scored during the Swans’ 4-1 thrashing of Thomas Frank’s men at the Liberty Stadium.

James picked up the ball in his own area and showed terrific pace and determination to run all the way through on goal before finding the back of the net to give Swansea the lead in the second half. 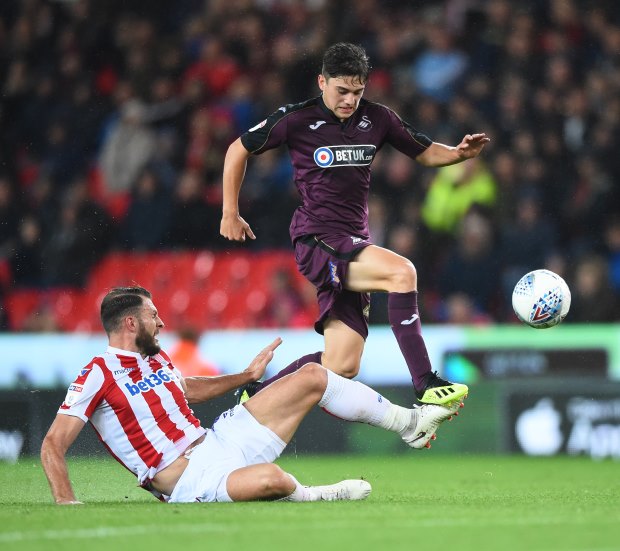 And in the wake of his breath-taking goal against the Bees, Gabbidon has warned James' value has now gone up substantially; Leeds have been linked with rekindling their interest in the summer window.

“After that goal [James’ value has gone up] – 100 per cent. That goal blew up on social media in the weekend”, Gabbidon said on BBC Wales.


The former Wales international also lauded James’ composure in tucking the goal away after a long run and insisted it is not an easy thing to do for any player.

“Everyone is talking about his pace and all that, but what impressed me the most was what he did at the end, the finish”, he continued.

"He’s shown at times how quick he is and he’s got into forward areas of the pitch, but at times he’s lacked that bit of composure.

“I thought when he picked up the ball they’re going to do well to catch him.

"But when he got to the 18 yard box I thought, I’m not sure if I fancy him here to score because of what I’ve seen so far this season.

“But I think the composure that he showed, because it’s not easy when you’ve run that length of the pitch, then you’ll know in those goal scoring positions it’s not easy and he had a lot of time to think about it.

“What do I do when I get there? But the composure he showed was fantastic.”

James will enter the final year of his contract at Swansea in the summer, but the Welsh giants are bidding to lock him down to a fresh deal.