Neil Lennon has hailed Celtic's late winner in a 2-1 win at Tynecastle over Hearts as a great way to take all three points in the Scottish Premiership game.

Celtic struggled to trouble Hearts in the opening exchanges, but pulled ahead in the 33rd minute after a superb counter attack, with Oliver Burke setting up James Forrest with a cross, the winger tapping home. And Hearts were then reduced to ten men, just a minute before the break as Jamie Brandon was sent off for a challenge on Jeremy Toljan.


The goal had come against the run of play as Hearts had applied solid pressure, but was enough to send Celtic in 1-0 up at the break.

Just minutes into the second half however Hearts pegged Celtic back, with the Jambos handed a penalty in the 52nd minute, Kristoffer Ajer bringing down Arnaud Djoum in the penalty area and Oliver Bozanic levelling from the spot. 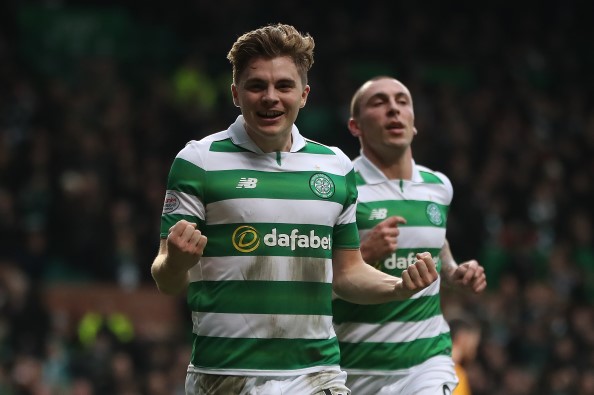 The game looked to be ticking towards a draw, but in injury time substitute Odsonne Edouard struck for Celtic when he got on the end of a cross from Scott Brown and converted from close range.

It ended 2-1, giving Celtic all three points and Lennon the perfect start to life back in charge of the Bhoys.


"It was a great feeling, a great moment and a nice way to win the game", Lennon was quoted as saying by BBC Scotland.

"We made hard work of it. We made it a lot more uncomfortable than it should've been.

"It was a sloppy goal to give away.

"Against 10 men, you've got good control of the game but our final ball, at times, was poor.

"But that happens sometimes when teams sit in and make life difficult for you", the Celtic boss added.

The win means Celtic have maintained their eight-point lead at the top of the table.