Arsenal have made the first move in the chase to land Paris Saint-Germain defender and Manchester United target Thomas Meunier, it has been claimed.

The Belgian's future is the subject of much speculation this summer amid serious interest in him from Arsenal and Manchester United.

Meunier is set to enter the final year of his contract with PSG and the club are open to letting him go, with an estimated asking price of between €25m and €30m.

It has now been claimed that Arsenal have gone in with a bid for the 27-year-old Belgian. 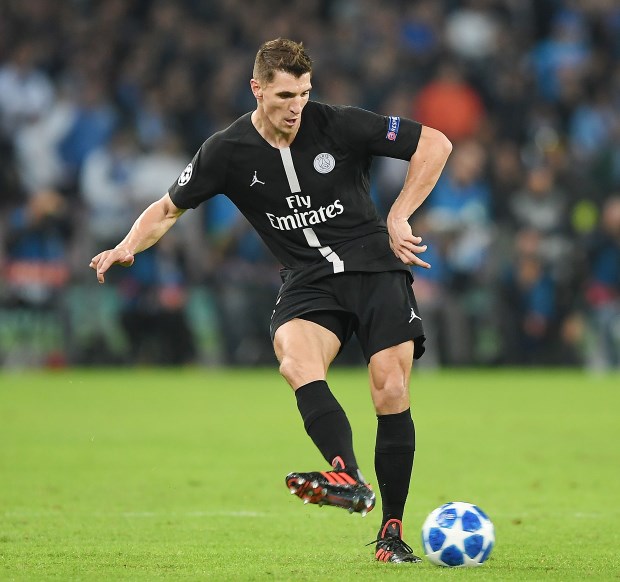 According to Italian outlet Tutto Mercato, the Gunners have put €25m on the table to take Meunier to the Emirates Stadium.

The deal also contains an element of bonus payments.

Arsenal boss Unai Emery, who worked with the player at PSG, is keen to add him to the ranks over the course of the summer transfer window.


Meunier has been open about his willingness to remain at PSG, but the French champions could choose to cash in.

It remains to be seen if Arsenal formalising their interest in the defender will jolt Manchester United into action.

Juventus have also been linked with an interest in him.