Borussia Dortmund have identified a massive asking price for Manchester United and Liverpool target Jadon Sancho ahead of a potential transfer next summer.

Sancho has been attracting massive interest from the Premier League, with Manchester United identifying him as one of their top targets for the summer transfer window.

Jurgen Klopp has also continued to keep tabs on his development with a view to taking the former Manchester City academy talent to Liverpool.

Dortmund are coming to terms with the fact that they could lose Sancho next summer and have reportedly been identifying replacements for the England international. 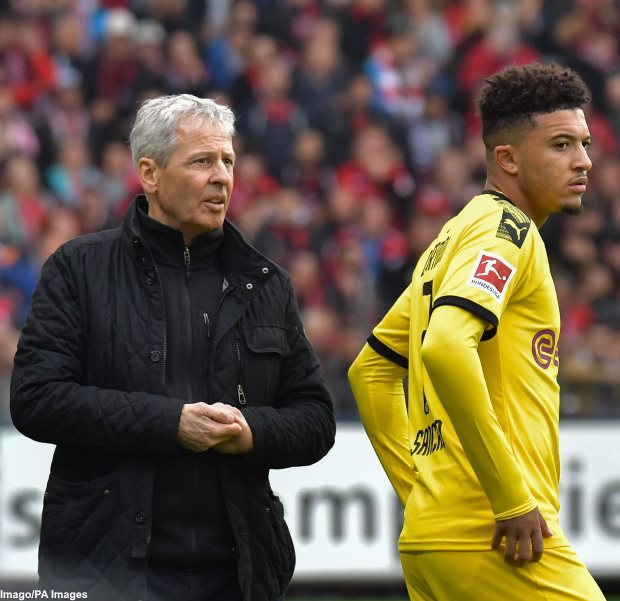 But BVB are prepared to dig in their heels to get the best price for him and, according to German daily Bild, they have nailed down an asking price of €140m for Sancho.

Dortmund rate Sancho as a bigger talent than Ousmane Dembele, who left for Barcelona for an eye-watering fee two years ago, and want a huge fee before they agree to sell him.

Apart from England, the winger has also been attracting interest from Italy, with Juventus interested in him as well.


But it remains to be seen whether any of his suitors will agree to pay such a sum for Sancho next summer, or whether Dortmund's stance scares off potential buyers.