He Reminds Me Of – Former Newcastle United Defender On Magpies Star

We’ll Need Celtic To Do This – St Mirren Boss


St Mirren boss Jim Goodwin has admitted that his side are relying on Celtic taking their eye off the ball on Boxing Day and producing a sub-standard display if they are to grab even a point against the Bhoys.

The 38-year-old's Buddies outfit are poised to play host to Neil Lennon's men on Boxing Day and are aware that Celtic will want to head into their weekend meeting with rivals Rangers on the back of a win.

Goodwin feels that his St Mirren side, that are three games unbeaten, taking five points, are in a good place, but admits that they are relying on Celtic being at significantly less than their best.

“We are in a good place at the moment”, Goodwin was quoted as saying by The Gazette. 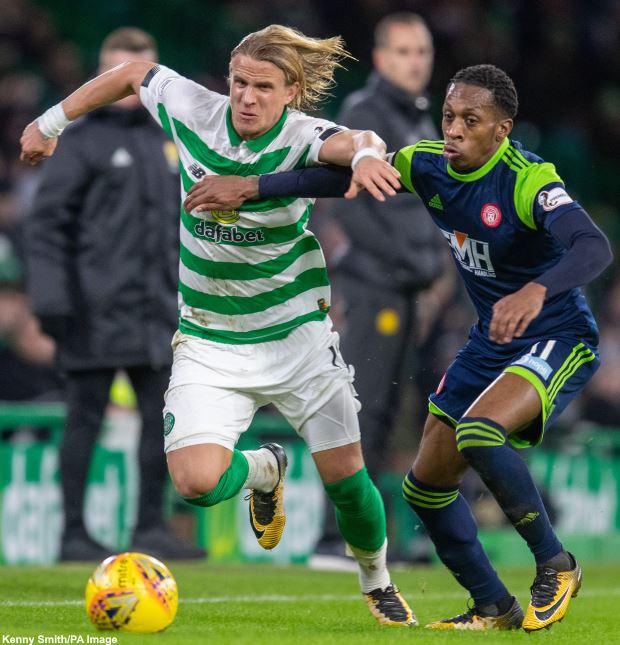 “Hopefully we can carry it on against Celtic and finish off against Kilmarnock. Celtic and Rangers are at a completely different level from the rest of us.

“We need them to take their eye off the ball, and that’s just to get a point", Goodwin, who turned out as a player for St Mirren from 2011 until 2016, added.

However, Goodwin is keen for his St Mirren team to approach the game in a positive frame of mind, sure of the belief that Celtic can and do have bad days.


“But we enter every game to be positive.

“Every so often the ‘big two’ have a bad day.

"We just have to hope it is on Boxing Day. You never know.”