Liverpool goalkeeper Alisson has revealed that he tried providing an assist for Mohamed Salah at Roma before succeeding with the Reds against Manchester United this season.

When the Merseyside-based club and their fans look at some of their best moments of the 2019/20 campaign at the end of the season, Alisson's assist to Salah in the dying minutes of their game against Manchester United at Anfield last month will stand out.

The Red Devils were looking to take advantage of a set-piece and salvage a draw in the final minutes of the game when it backfired, as the Brazilian goalkeeper claimed the ball before setting his Egyptian team-mate for a quick counter-attack goal.

The goal sealed the match for the Reds, Anfield erupted and Alisson sprinted towards Salah, overtaking the rest of the outfield players, and celebrated with a knee-slide. 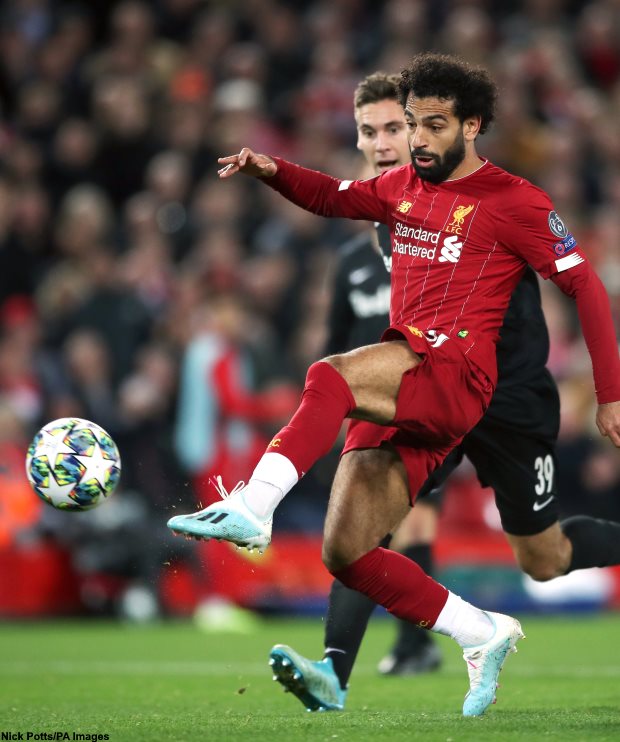 Reflecting on his assist to Salah, the 27-year-old has revealed that he tried to do the same when the two were at Roma before explaining that playing long balls is a quality of his as he spends time practising it.

"We train that, we know each other, I know Mo, I know he is fast, I know he likes to make runs and he knows that I like to kick long balls like that one", Alisson said on LFC Later.

"We have tried before with Roma and I never trained this [the celebration].


"But yes, it is something that we train, I train a lot – the volley kicks.

"It is one of my qualities but you need to have the right time to make this happen – the moment.

"They were with their defence exposed so I just needed to kick it behind [the backline]."

Apart from providing one assist, Alisson has 11 clean sheets to his name in the Premier League despite missing seven games through injury.