Leeds United have been boosted in their hopes of landing 1.FC Nurnberg midfielder Patrick Erras.

The 25-year-old is out of contract at the Franconian club this summer and is attracting interest from a series of sides who spy a free transfer bargain.

Leeds are keen on Erras, while Brentford and QPR are also admirers of the German's abilities.

Three clubs from the 2.Bundesliga have also put out feelers over signing Erras but, in a boost to Leeds' hopes and those of other English clubs, the midfielder is prioritising a move to England, according to German outlet Fussball Transfers. 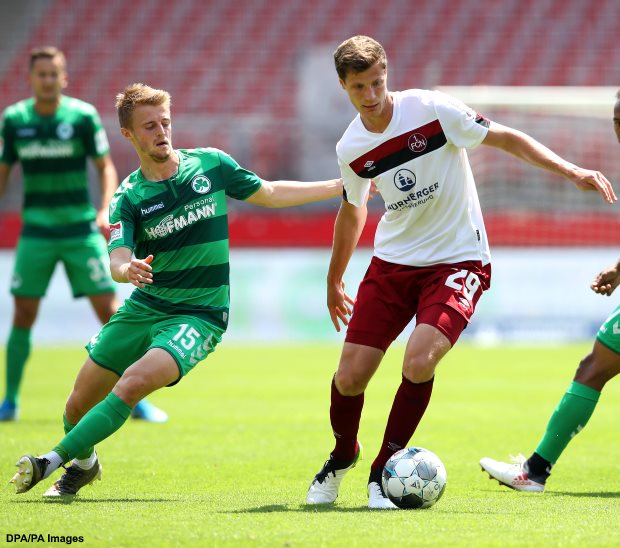 Erras is only prepared to consider offers from the German sides interested in him if a move to England does not happen.

He has already rejected an offer of a new contract from Nurnberg, with the Franconian club sending him a proposal and seeing it rebuffed in April.

Erras has clear ideas over where he wants his career to head and they do not currently align with a stay at Nurnberg.


The midfielder came through the youth ranks at Nurnberg and has made 19 appearances for the club over the course of the current season, scoring twice.

Nurnberg are third from bottom in the German second tier in what has been a dire campaign for the 2007 German Cup winners.