The Gunners managed to snare away midfielder Thomas on deadline day with the Ghanaian putting pen to paper on a five-year deal at the Emirates Stadium.

Meanwhile Torreira, who was out of favour at Arsenal, went the other way and signed a season-long loan deal at the Wanda Metropolitano Stadium. 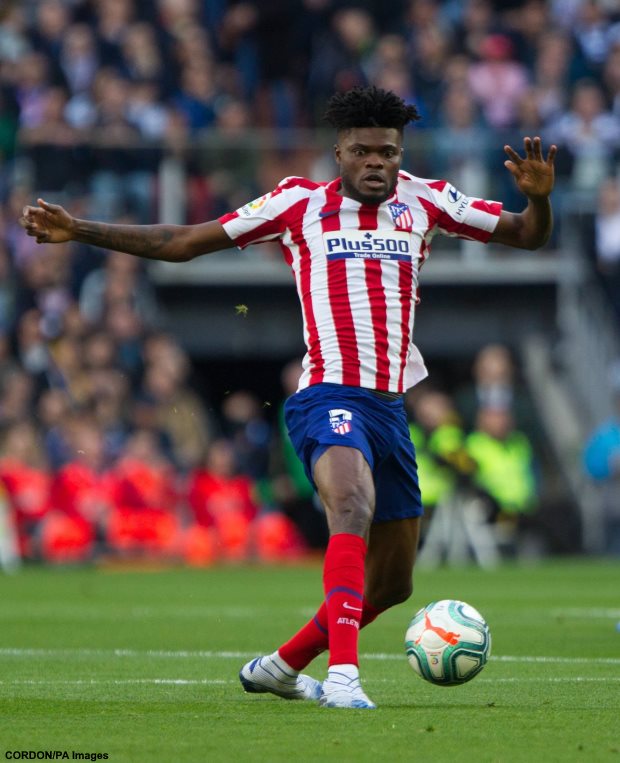 Rojiblancos star Correa conceded that his team have lost a very important player in Thomas and the winger sent his best regards to his former team-mate, who has taken the next big step in his career by leaving the Spanish capital.

But the Argentine believes the Madrid outfit will not struggle to cope with Thomas’ departure as he has backed Torreira to fill the Ghanaian’s boots in the defensive midfield position.

“It [Partey’s exit] was something I did not expect”, Correa told Spanish daily Marca.

“But he was a great team-mate and a friend and I wish him the best.

“We lost a very important footballer, as he has shown in recent years.

“But with the arrival of Lucas Torreira and the rest of the central midfielders, we will not have any problems in the team.”

The Arsenal loan star made his debut for Atletico Madrid in their La Liga win against Celta de Vigo last weekend, while Thomas came off the bench to make his Gunners bow in his team’s 1-0 loss to Manchester City on the same day.