Sparta Prague winger David Moberg Karlsson is positive about his side’s chances of beating Celtic in the Europa League again, when the two meet on Thursday.

Scottish Premiership giants Celtic visit Czech club Sparta Prague in the fourth game of their Europa League group stage later this week and in need of a morale-boosting performance.

The hosts go into the game on the back of a 4-2 defeat to Dynamo Ceske Budejovice, but winger Karlsson is positive that the side can bounce back against the Hoops. 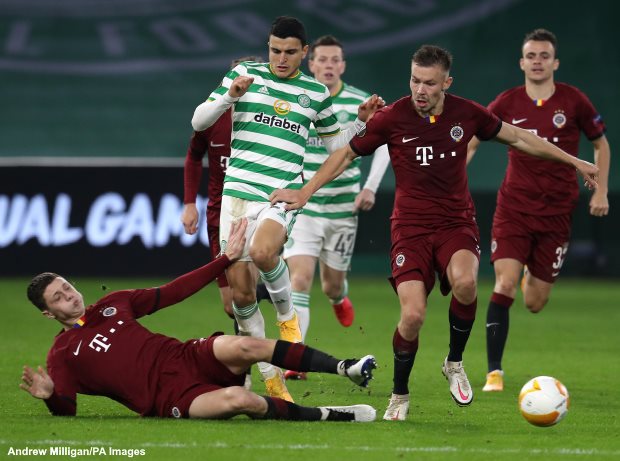 Karlsson is of the view that form does not hold much significance in the Europa League, where they have to be good on the day to get the win.

The Swede pointed out how Sparta Prague defeated Celtic a 4-1 in Glasgow earlier this month, despite losing 3-0 to AC Milan in their previous game.

“In the Europa League, long-term form will probably not matter at all, we have to be good there on that one day“, Karlsson told Sparta Prague’s official site.

“We didn’t go to Glasgow in a good mood after losing in Milan either and it was good.

“We can do it again, but we have to play completely differently.“

Having lost two and drawn one of their three Europa League group stage games so far, Celtic will be hopeful of earning their first three points on Thursday.