Newcastle United loan star Elias Sorensen has insisted that it does not matter to him that he is playing in the Dutch second tier as his sole focus while choosing a club last summer was to play regular football as deep down he still believes he will get his chance with the Magpies.

Sorensen joined Newcastle in 2016 and was close to breaking into the first team before he was loaned out to Blackpool in League One in 2019, where he had a dreadful spell.

The Dane had another bad loan stint in League Two with Carlisle United and he conceded that the sole focus in choosing a club last summer was playing time. 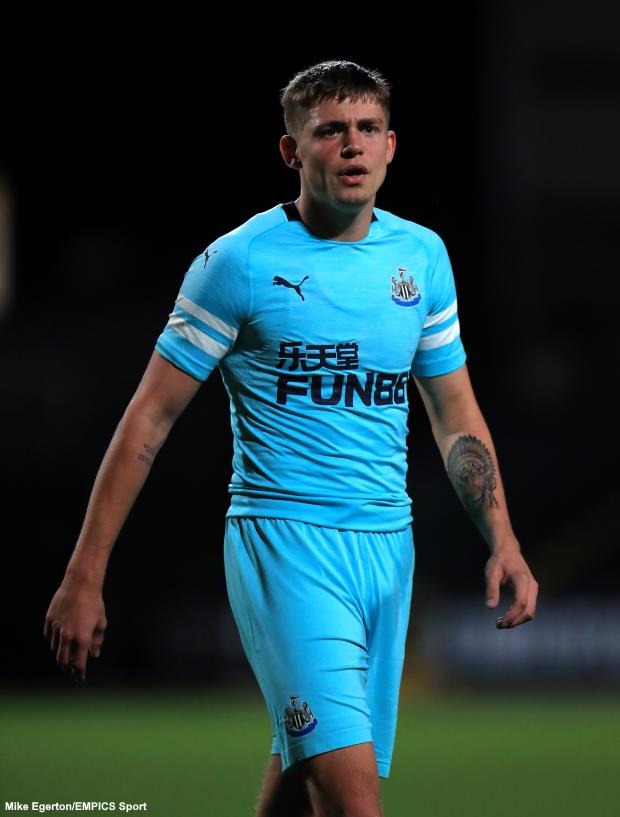 The forward surprised many when he decided to shun interest in the English lower leagues to move to the Netherlands to join Dutch second-tier outfit Almere City in the summer.

Sorensen insisted that he did not care where he was going as he just wanted to play regular football and that is the directive he gave to his agent ahead of the transfer window.

He stressed that he has not given up hope of making it at Newcastle and feels playing regular football at Almere City will help his cause.

“Some people may look at me being here and think it’s strange”, Sorensen told The Athletic.

“But I wasn’t arsed where I was going, what league it was, where in the world it was. I just needed to play.

“I told my agent, ‘I don’t care where it is, just get me a club where I will play so I can show people I’ll score goals’.

“This isn’t me accepting defeat.

“For sure I still have the self-confidence I can make it at Newcastle, more than ever.

“There are moments I’ve doubted but, deep down, I’ll always believe in myself because I know if I play, I’ll score goals.”

He has scored twice in five appearances for Almere since joining the club in the summer and will be hoping to be part of a successful promotion push.