Celtic have named their team and substitutes to play host to Livingston in a Scottish Premiership encounter at Celtic Park this afternoon.

Following defeat at Rangers, Celtic have no margin for error if they want to try to apply some level of pressure on the league leaders and will be keen to pick up all three points today. 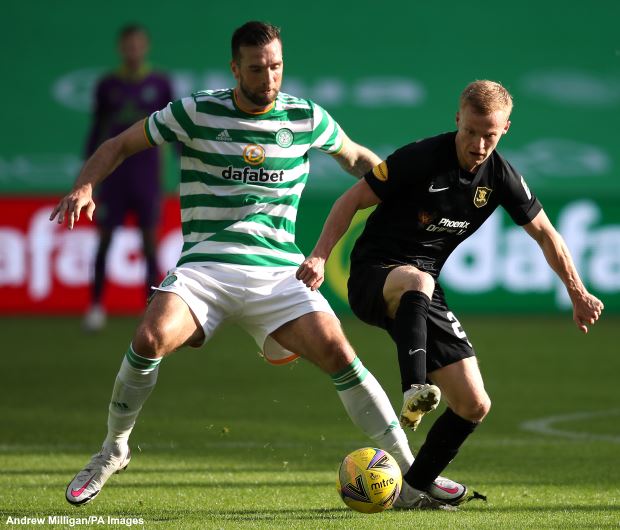 They face a Livingston outfit sitting in fifth in the league table and who have won their last eight games on the bounce and ten of their last eleven games.

For this afternoon’s fixture Neil Lennon, who remains without a raft of players, fields Connor Hazard in goal, while Anthony Ralston, Shane Duffy, Diego Laxalt and Jeremie Frimpong are all handed starts. Nir Bitton also plays.

In midfield, the Celtic boss plays David Turnbull and Ismaila Soro to control the game, while Callum McGregor and Tom Rogic play. Mikey Johnston will look to lead the attacking threat.

If Lennon needs to make changes then he has options on the bench, including Scott Robertson and Cameron Harper.