AC Milan are keeping tabs on Palmeiras midfielder Danilo, who has also been linked with Arsenal, according to Italy-based journalist Ekrem Konur.

The 21-year-old defensive midfielder had a great season in Brazil and made 58 appearances in all competitions.

He is not part of the Brazil squad in the World Cup but is being seen as the next up-and-coming talent in the South American country. 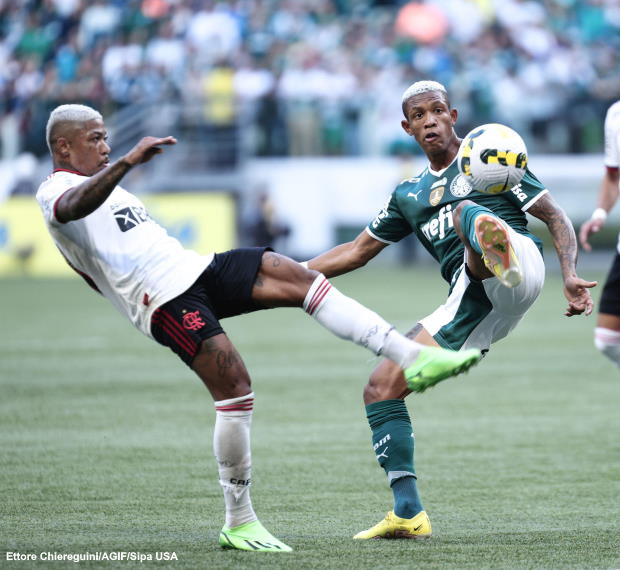 Danilo has been heavily linked with a move to the Premier League where Arsenal are interested in getting their hands on the player.

But it has been claimed that the midfielder is also being closely watched by Serie A champions AC Milan.

The Rossoneri’s scouts in Brazil have been keeping tabs on him and his situation is being monitored by them.

They are yet to make any concrete moves but if he becomes available in January, AC Milan are interested in signing him.

But the competition for his signature is likely to be fierce as clubs such as Ajax, Monaco, Real Madrid and Atletico Madrid are also keen on signing Danilo.