Aston Villa Under-21s senior coach Anthony Carss has stressed that the Villans’ on-loan players performing well in the Championship is indicative of the strength of their academy.

Some of the young Aston Villa players who have gone to the Championship this season on loan include Aaron Ramsey to Norwich City, Tim Iroegbunam to Queens Park Rangers and Jaden Philogene-Bidace to Cardiff City.

Philogene-Bidace has 14 appearances and two goals for Cardiff, Ramsey has taken to the pitch 18 times and scored three times, along with providing three assists for Norwich, and Iroegbunam has missed just one game for his loan club. 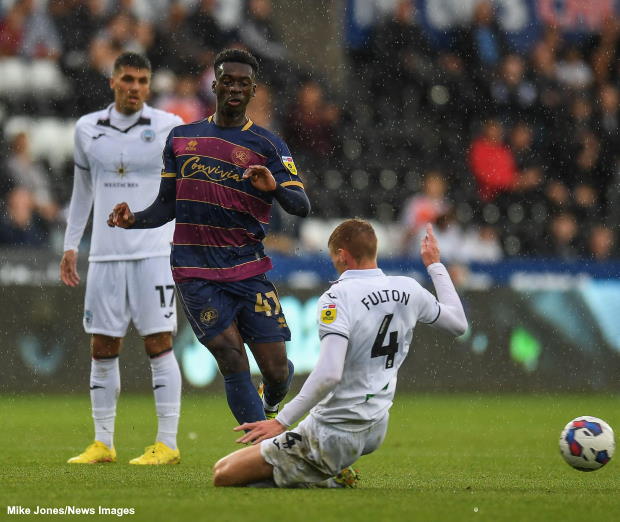 Carss thinks the Aston Villa academy can definitely be a pathway to success and gives loan players doing good things in the Championship as proof of that.

The academy coach thinks that doing well in the Championship is just one step away from being in the first team picture at Aston Villa and thus the loan players are primed for success.

“One hundred per cent – short-term and long-term”, Carss said to VillaTV when asked if the academy is set up for success.

“There are lads out of loan in the Championship who are doing really well at big clubs.

“They aren’t that far away from connecting themselves back with the first team group here.

“If you’re performing really well at the top end of the Championship, you’re not very far away from transitioning here sooner rather than later.

“With the staffing structure and investment we have here, the future is really healthy.”

Apart from the Championship, other leagues are also seeing Aston Villa youngsters flourish on loan.

Finn Azaz has six goals and nine assists for Plymouth Argyle in League One and Brad Young has impressed for Ayr United in the Scottish second tier.