Manchester City and Liverpool target David Alaba has yet to sign a deal to join another club and talks with Premier League sides and Paris Saint-Germain are ongoing, according to German daily Bild.

Alaba is out of contract with Bayern Munich in the summer and will leave the club on a free transfer at the end of the season.

Several clubs have been tracking the 28-year-old defender and have held talks with his representatives in a bid to reach an agreement. 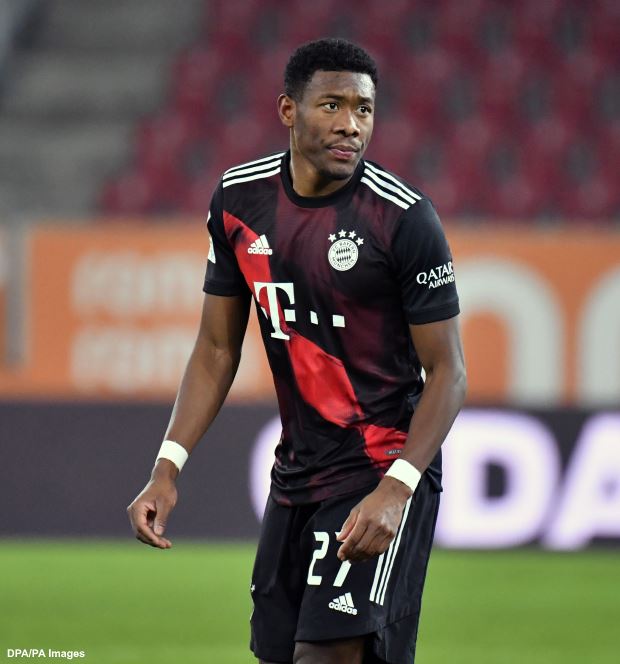 Real Madrid were considered to be in pole position to sign Alaba, but it has been claimed the Spanish giants are not offering the defender enough money at present.

As such Alaba, who has not penned a deal with a new club, is still in talks with several Premier League sides and Paris Saint-Germain.

Manchester City and Liverpool are keen on Alaba, while he has also been linked with Chelsea and Manchester United.

Talks are ongoing as the defender looks to find a deal he is happy with in order to start his time away from Bayern Munich.