Riyad Mahrez could leave Manchester City in the upcoming winter transfer window in search of regular game time, it has been claimed in France.

Since arriving at the Etihad Stadium from Leicester City in the summer of 2018, Mahrez has evolved into a key player under Pep Guardiola.

However, the winger has struggled for game time in the Premier League this season, with Guardiola handing him just two starts in eleven outings. 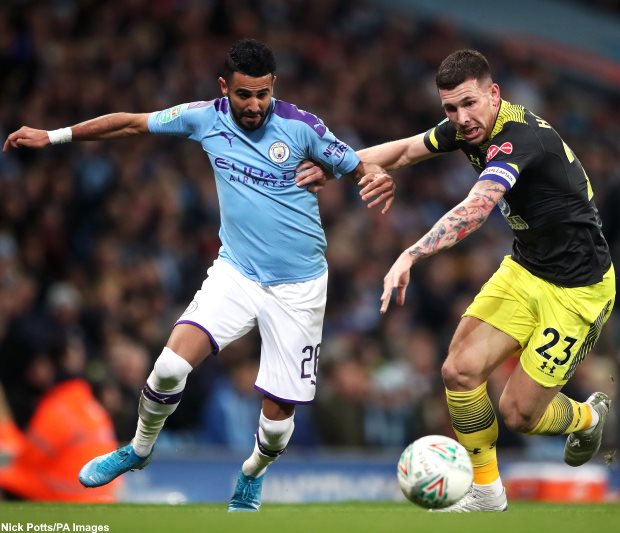 And according to French outlet Foot Mercato, Mahrez could leave Manchester City when the January transfer window swings open.

The Algerian wants to play football regularly and could look for a new club in the upcoming window as he wants continuity in his performance, which he is not getting under Guardiola.

French giants Paris Saint-Germain and Spanish heavyweights Real Madrid have shown interest in acquiring Mahrez’s signature in the past and are claimed to have retained their admiration of his talents.

Despite not giving Mahrez regular game time in the league, Guardiola has continued to trust him in the Champions League in which he is their top scorer.

It remains to be seen whether the Citizens boss is open to letting Mahrez go if potential suitors come knocking at the door in January.