Monaco Race Ahead Of Chelsea In Pursuit Of World Cup Star


Monaco have taken pole position over Chelsea in their pursuit of CSKA Moscow midfielder Aleksandr Golovin this summer.

The 22-year-old midfielder starred in Russia’s run to the World Cup quarter-finals this summer and has a number of suitors lined up, ready to sign him.


Juventus were the early movers in the transfer saga, but they have taken backseat in pursuit of other targets and are no longer expected to get their hands on Golovin.

Chelsea have been in talks with CSKA Moscow and the player’s representatives over signing him and despite a Monaco bid, they were reportedly ahead in the transfer race. 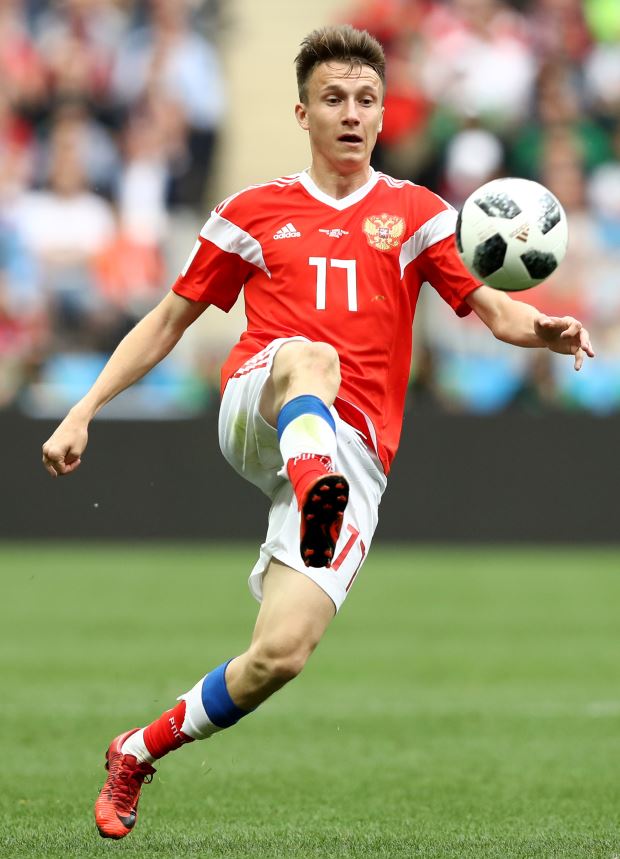 However, the tables have turned in recent days and according to French sports daily L’Equipe, Monaco have overtaken Chelsea in the pursuit of the creative midfielder.

They have progressed in the talks with CSKA Moscow and Golovin, and are expected to get the deal over the line to sign him for a fee of around €30m.


And despite interest from Chelsea, Monaco are now in pole position to take Golovin to the Stade Louis II in the ongoing summer transfer window.

A product of the CSKA Moscow academy, Golovin has 23 caps to his name for Russia and is considered one of the most talented players in his country at the moment.