Bayern Munich coach Niko Kovac has revealed that Arsenal target James Rodriguez wants to stay at the club and fight for his place in the team.

The Colombian is in the second of his two-year loan spell with the club from Real Madrid, but has been linked with a move to Arsenal until the end of the season in a switch that might see the Gunners pay Bayern Munich a fee of £3m that the Bavarians owe Real Madrid.


Rodriguez made just eight appearances in the first half of the Bundesliga for Bayern Munich before missing six games due to a ruptured knee ligament.

The 27-year old has not been able to replicate last season’s performances as the team have found it difficult at times in the first half of the season to adjust to Kovac’s style. 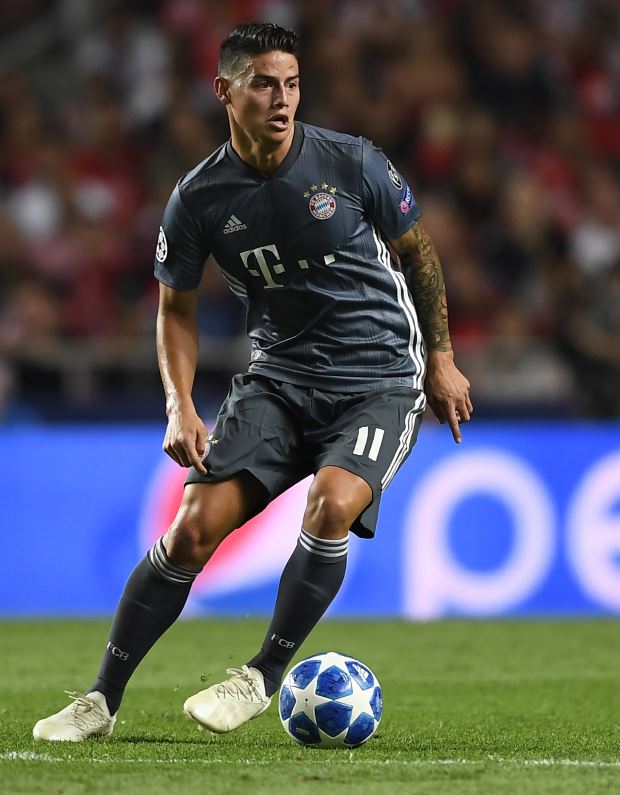 Arsenal are specifically looking to sign players on loan and with Mesut Ozil struggling to get into the team, Rodriguez has been seen as a viable alternative.

With the Bundesliga set to resume from its winter hiatus, Kovac has cleared the rumours surrounding Rodriguez’s future until the end of the season by stating that the player wants to stay at the club.


"He wants to stay with FC Bayern, as he once said during a fan club visit, he is highly motivated and focused.

"He can always help us with his quality", Kovac told a press conference ahead of Bayern Munich’s clash against Hoffenheim.

Rodriguez has appeared 50 times for Bayern Munich since joining in 2017, and has scored 11 goals in the process.