Arsenal linked forward Kevin Volland has claimed that the style of football in the Premier League would suit him, but he is not prepared to push for a move yet.

The 27-year-old has nine goals in the Bundesliga this season and has admirers in the Premier League, with several clubs believed to be interested in him.

He has been linked with a move to Arsenal and Volland’s name has often appeared in connection with a transfer to England since last year.

The German admits that he is a fan of the Premier League and feels that the pace and power required to play in the top tier of English football would suit his attributes. 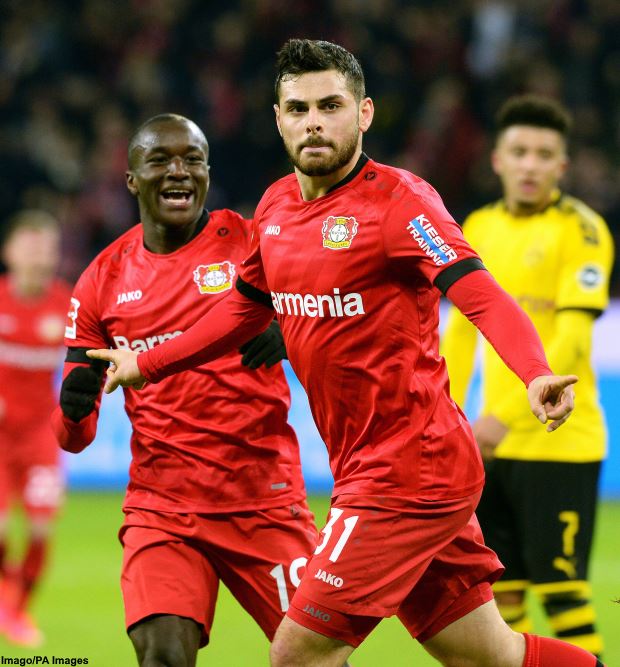 “The Premier League is very interesting for me”, the forward told German broadcaster Sport1.

“The pace is extremely high, the league requires a lot of willingness to run – that would suit me.”

However, Volland has refused to sour his relationship with Bayer Leverkusen and insisted that he is happy at the club.


But he indicated that he is open to all possibilities when the time comes.

“I am not that type of player who will say that I have to play in England, Italy or Spain.

“I feel very comfortable in Leverkusen and I am leaving everything open.”

Volland will enter the final year of contract at Leverkusen in the summer, meaning the club could look favourably on a sale.