Hoffenheim coach Sebastian Hoeness is impressed with how Tottenham Hotspur loanee Ryan Sessegnon fared on his full debut for the German side.

The 20-year-old joined German Bundesliga club Hoffenheim from Tottenham on a season-long loan in the recently shut transfer window.

With Sergio Reguilon and Ben Davies as preferred left-back options at Spurs, Sessegnon made the move to the Bundesliga in a bid to play regularly and continue developing. 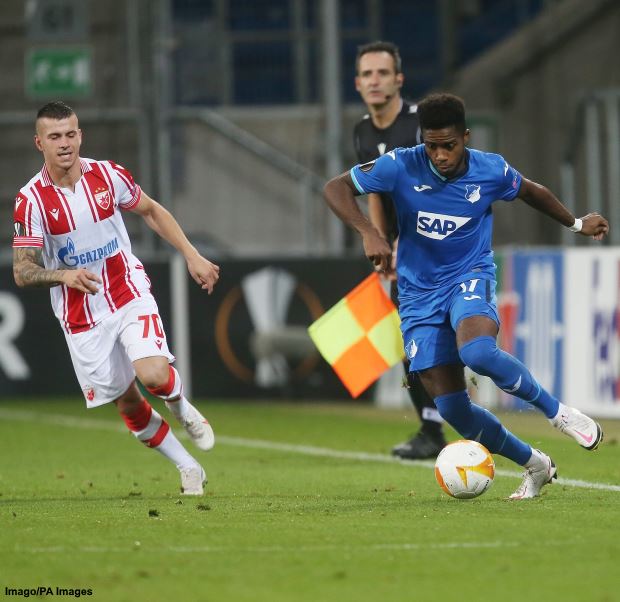 He made his full debut for Hoffenheim in their Europa League game against Red Star Belgrade on Thursday and helped them to a convincing 2-0 win.

Hoffenheim coach Hoeness was impressed with Sessegnon’s performance on the night and labelled the player’s full debut ‘solid’.

“He hasn’t trained with the team that often, so I’m very satisfied.“

Having impressed the boss on his full debut, Sessegnon will be now looking to establish himself a regular in the German side’s starting eleven.