Belgium coach Roberto Martinez has expressed his admiration for Leeds United defender Pascal Struijk, but stressed that no final decision has been made regarding his call-up to the national team.

Struijk, who represented the Netherlands at international youth level, is said to have applied for a Belgian passport following a conversation with Red Devils boss Martinez.

Lifting the lid on his decision to talk to the Leeds man about the prospect of switching international allegiances, the Spaniard explained that he wants the senior stars in the Belgium team to have a positive impact on the up and coming players. 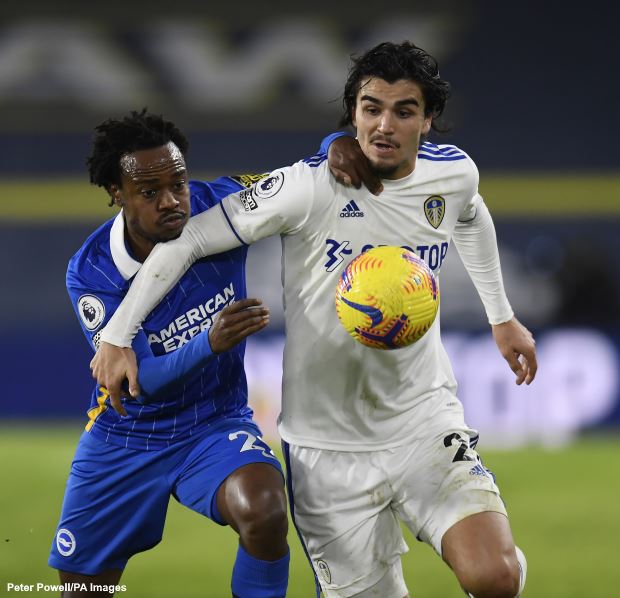 With the likes of Jan Vertonghen and Thomas Vermaelen in their 30s, Martinez feels Belgian football will benefit if youngsters are given the opportunity to work with the senior players.

The former Everton boss went on to express his admiration for Struijk and his character, but stressed that no final decision has been made regarding his call-up to the Red Devils squad yet.

“We are talking about the best generation of footballers we have had in Belgium“, Martinez told Belgian broadcaster RTBF.

“I want them to have a big impact on generations to come.

“So, the faster we can get young players to work with our old ones, the better it is for the future of Belgian football.

“And that’s one of the reasons Pascal is a name that we tried to contact very quickly.

“I spoke with Pascal a long time ago.

“I love his character and I love what he is.

“But currently, we haven’t made our decision yet.“

Having established himself as a regular in the Leeds first team, Struijk will be hopeful of doing the same if and when he receives a call-up to the Belgian national team.