Liverpool great John Aldridge has explained that Reds midfielder Naby Keita needs to take the bull by the horns and put consistency into his performances.

Keita joined Liverpool from Bundesliga outfit RB Leipzig in the summer of 2018 for a then club record fee, but has struggled to establish himself as a regular starter for the side.

While the 26-year-old, who scored a stunner against Crystal Palace last weekend, has shown glimpses of the player he can be, injuries have disrupted his Anfield career so far. 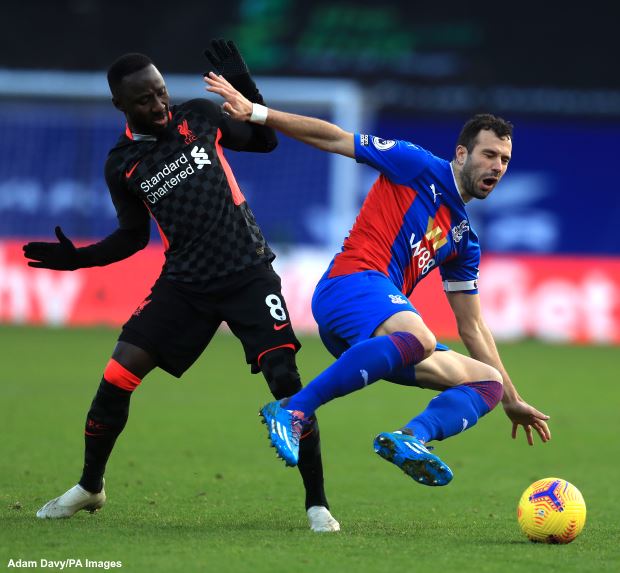 Liverpool great Aldridge is of the view that Keita is yet to meet the expectations of the fans although he has shown his quality in fits and starts during his time on Merseyside.

Aldridge feels Keita is capable of scoring as many as ten goals a season, but stressed the need for the midfielder to take the bull by the horns and bring consistency into his performances.

“We expected a lot more than what we’ve seen from Naby Keita but he’s got to take the bull by horns, especially with the contract situation“, Aldridge wrote in his Liverpool Echo column.

“Whether he moves on or signs a new contract with Liverpool, he’s got to start really showing why we bought him.

“We’ve seen it in fits and starts, but we haven’t seen it consistently.

“He has got great feet. He should be scoring between five and ten goals a season.

“He’s not the quickest but skills wise, he is very, very good.“

The Guinea international scored his first goal of the campaign against Crystal Palace last weekend and will be looking to add more to the tally as the season progresses.