Joel Veltman has revealed Brighton & Hove Albion new boy Kjell Scherpen is now called ‘the big man’ at the club owing to his towering figure, and added he is settling in well at his new home with a little help from him.

The Seagulls roped in Scherpen from Dutch giants Ajax this summer to provide more competition for club number 1 Robert Sanchez.

Scherpen is playing outside the Netherlands for the first time in his career, but had a familiar face to welcome him at the Amex in the shape of former Ajax team-mate Veltman. 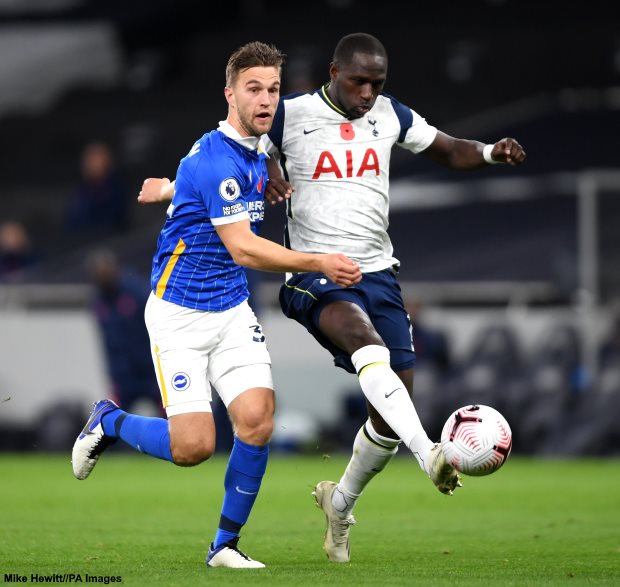 And the 29-year-old has revealed he has taken the young shot-stopper under his wing and is helping him to settle in, just as he received help when he first came to Brighton.

“[I had a lot of help to settle in the first year I came to England and] that way I help Kjell through it a bit [as well]”, Veltman told Dutch broadcaster Ziggo Sport.

Veltman revealed that Scherpen is happy at Brighton and is now called ‘the big man’ at the club as his 6ft 8in frame towers above all his team-mates.

“We have Dan Burn a very tall defender.

“Since Kjell came, he [Burn] feels small next to him.

“Yes, I think he has been very warmly welcomed here.

“He is completely happy now.”

Scherpen is yet to make his debut for the senior team but has featured for Brighton Under-23s in the Premier League 2.