Everton attacker Richarlison insists that he dedicates himself to the Toffees shirt because of the faith the club have shown in him and considers it to be his duty to repay the club on the pitch.

The Brazilian is close to a return to action following a knee injury and could face his former club Watford this weekend.

Ahead of the potential return though, the Olympic gold medal winner reflected on his career and thanked Everton and former club Watford for their backing. 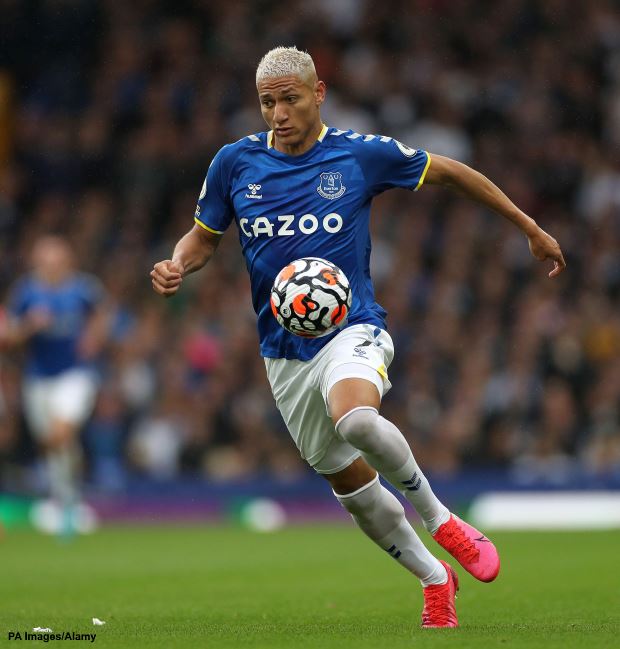 Everton paid Watford a fee in the region of £35m for Richarlison in 2018.

The 24-year-old insists that the gamble the Toffees made in bringing him to Goodison Park has to be repaid by him on the pitch and he has dedicated himself to that process.

“Everton is the English club that put its faith in me, together with Watford”, Richarlison told his club’s official site.

“That’s why I dedicate myself so much for the shirt.

“Everton paid a lot of money to sign me, they gambled on me and trusted me and I have to repay this on the pitch.

“That’s what I’ve been doing and hope to continue doing, always.

“As I told Rafa Benitez and [Director of Football] Marcel Brands at the beginning of the season, my entire focus is here at Everton.

“I’m focused here, this is where my head is, I want to help Everton meet their targets and make everybody happy.”

Richarlison has so far scored 43 goals in an Everton shirt with one coming this season against Southampton on the opening day of the campaign.