Eddie Howe has admitted he is aware of criticism surrounding Newcastle United’s rumoured third kit for next season as it is strikingly similar to Saudi Arabia national team shirt, but feels the kit manufacturer went with that design because of how popular the club are there.

The Magpies have been on the receiving end of criticism as their rumoured third kit that leaked on social media last week is eerily similar to the national strip of Saudi Arabia, which has sparked claims that the club’s new owners are taking part in ‘sports washing’.

Following the takeover by a consortium backed by Saudi Arabia’s PIF fund, Newcastle have repeatedly insisted that the Middle East nation plays no part in the club’s running. 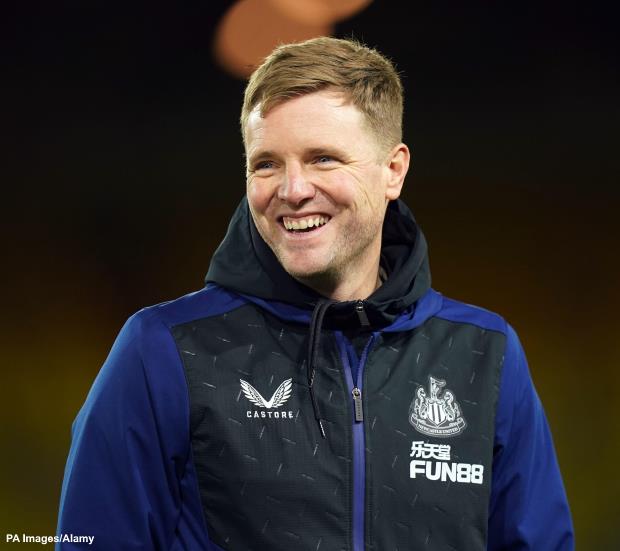 Magpies boss Howe admitted that he is aware of the controversy surrounding Newcastle’s prospective shirt for next term, and the criticism that has come their way, but stressed he had no control over the kit’s design.

Howe added that when his side went to Saudi Arabia for warm-weather training, he understood how popular the Tyneside giants are in that country, and feels that could have led the manufacturer to choose the white and green design.

“Not something I’ve had control over.

“I’m very aware when we went to Saudi interest in Newcastle is huge and I’m making an assumption here but I think our kit manufacturers have acknowledged that hence why we’ve ended up where we are.”

Newcastle are yet to officially confirm that the leaked third kit is indeed one of the shirts they will be sporting next season.