Ian Rush has revealed he is hoping Aston Villa star Philippe Coutinho will be extra motivated to beat Manchester City, which could boost Liverpool’s chance of winning the Premier League, as he was part of the Reds team that were pipped by the Citizens to the title in the 2013/14 season.

The top flight title race has gone down to the wire as it will only be decided on the final day of the season with Liverpool only trailing league leaders Manchester City by a single point.

Liverpool are gearing up to host Wolverhampton Wanderers on Sunday but even if they win, they will only be able to clinch the title if the Citizens slip up against Aston Villa, who are managed by Reds legend Steven Gerrard. 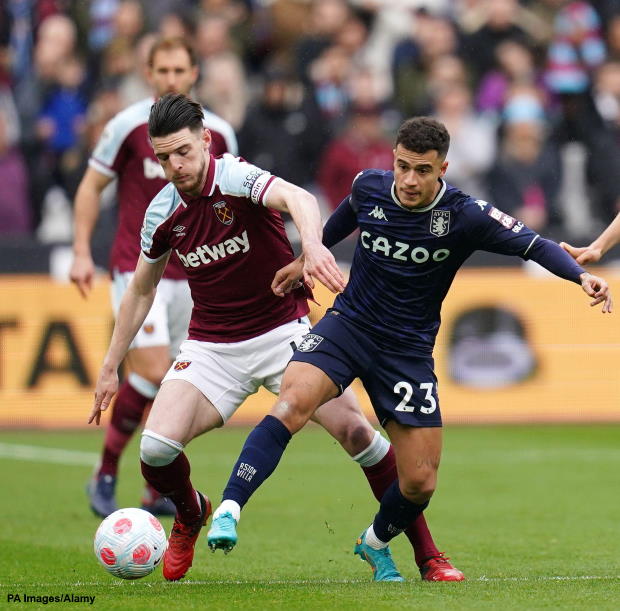 In addition to Gerrard, Michael Beale, Gary McAllister and Coutinho are all individuals at Villa Park with connections to the Merseyside giants and Reds legend Rush is hoping the Brazilian is extra motivated to beat the Mancunians and aid Liverpool in their quest for the top flight crown.

Rush explained that Coutinho was part of the Liverpool team that narrowly missed out on the top flight title to Manchester City on the final day of the 2013/14 season and is hoping that will give him an extra push to make an impact on the pitch come Sunday.

“Steven Gerrard is already a Liverpool icon of the highest order but he’ll add a whole new chapter to his legendary status if he can play a helping hand in his old club winning the Premier League on Sunday”, Rush wrote in his Gambling.com column.

“He’ll be plotting for a result for Villa first and foremost, but he’s not the only Liverpool connection on the Villa Park books – there’s also Gary McAllister and, of course, Philippe Coutinho.

“Wouldn’t it be nice to see Coutinho pop up with a decisive goal?

“I hope he’s motivated by the 2013/14 season when City pipped the Liverpool team he was a part of on the last day.”

Liverpool fans will be hoping Anfield hero Gerrard and his Aston Villa will give them a helping hand come Sunday by making Manchester City drop points while the Reds trounce Wolves at home.