Arsenal have named their team and substitutes to welcome north London rivals Tottenham Hotspur to the Emirates Stadium in the Premier League this afternoon.

The Gunners have had a strong start to the campaign and sit on top of the Premier League standings with 18 points from their opening seven games. 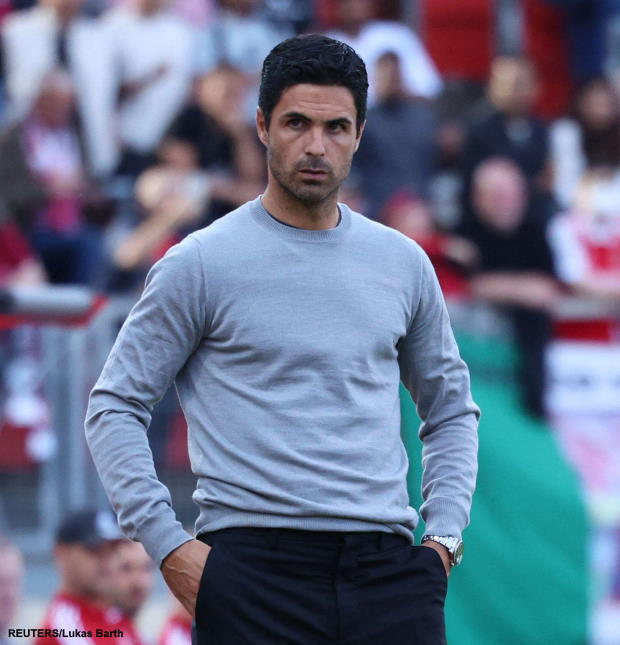 They will now want to put rivals Tottenham to the sword and in the process pull four points clear of Antonio Conte’s men, who are considered to be top four rivals.

Mikel Arteta is without Emile Smith Rowe, who is expected to be sidelined until December, while Mohamed Elneny continues on the sidelines.

Aaron Ramsdale lines up in goal for Arsenal this afternoon, while at the back Arteta picks Ben White, William Saliba, Gabriel and Oleksandr Zinchenko as a four.

If Arteta needs to make changes he can look at his bench, where his options include Eddie Nketiah and Kieran Tierney.