West Ham United have begun with reluctance the process of planning for star midfielder Declan Rice’s exit, according to CBS Sports.

Rice has a contract until the summer of 2024 with West Ham but has refused lucrative offers from the Hammers for a new deal.

The midfielder has been valued highly by West Ham, with manager David Moyes even saying Rice is worth more than £150m, and it has put clubs off. 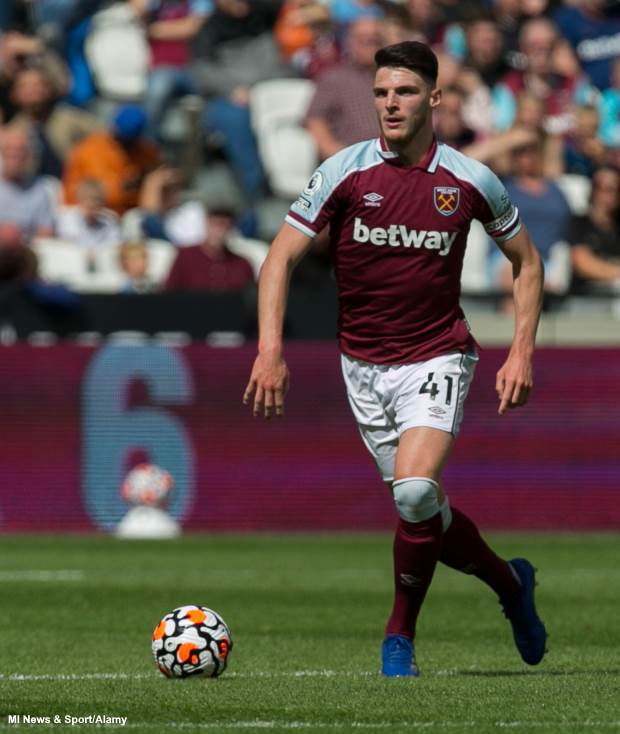 But with Rice’s refusal to sign a new contract, next summer might represent the last opportunity for West Ham to garner a significant amount for him.

As such, West Ham have reluctantly started to make plans for the departure of Rice and hope to garner the best possible price for him.

Chelsea are thought to hold interest in him, with Rice once part of their academy and the future of N’Golo Kante uncertain.

Other clubs to have been linked include Manchester United and Liverpool, and West Ham are hoping for a bidding war to drive Rice’s price high.

Rice is claimed to want Champions League football and it remains to be seen where he ends up next season.