Chelsea defender Kurt Zouma has emerged as a summer transfer target for Serie A outfit Fiorentina for the ongoing window.

Zouma spent the recently concluded season on loan at Stoke City, but could not help prevent the club from being relegated from the Premier League.


He has a contract until 2023 with Chelsea, but his future at the club is far from sure as the Blues look to appoint another manager to replace Antonio Conte, who is expected to leave this summer.

The Frenchman has been keen to prove his worth at Chelsea, but for the moment there are no guarantees that he will be in the plans of the new manager and he has suitors in Europe. 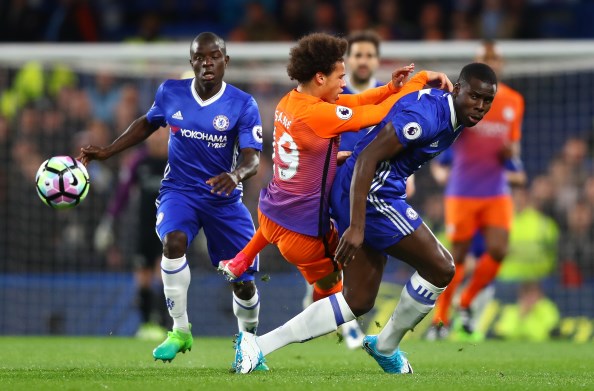 And according to Florence-based daily La Nazione, Fiorentina have joined the queue of Zouma admirers and are interested in taking him to Italy in the ongoing window.

While Chelsea are unlikely to agree to sell the defender, the Serie A outfit are probing the possibility of signing the 23-year-old centre-back on a season-long loan deal.

Fiorentina are keen to reinforce their defence ahead of next season and the Chelsea centre-half has emerged as a prime target for the club this summer.

Zouma has two caps to his name for France, but has not made the cut for their World Cup squad following a disappointing season.