Former Leeds United shot-stopper Nigel Martyn has hailed Whites custodian Illan Meslier for making an incredible goal line save late in the second half in their crucial win over Crystal Palace on Tuesday.

Having gone three Premier League games without a win, Leeds came into Tuesday’s clash against the Eagles desperate for three points as they looked to climb away from the drop zone.

An injury time penalty from Raphinha gave the Whites a 1-0 win, however they could have easily gone a goal down in the 79th minute but for shot-stopper Meslier’s quick reactions to pull off a goal line save from Christian Benteke’s effort. 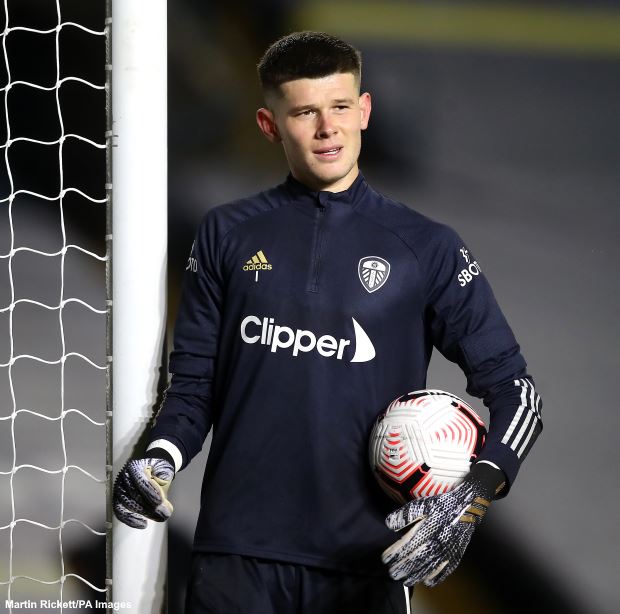 Ex-Leeds star Martyn is impressed with Meslier and hailed him for making an incredible save that helped his team earn crucial three points on Tuesday, having had a tough start to their season.

“I do not know if I would have been tall enough to reach that.

“I think for me it would have been trying to scoop it out.”

Martyn also acknowledged how much Meslier is putting his lengthy frame to good use between the sticks, evident in the way he managed to maintain Leeds’ clean sheet with a superb save.

“I think, to be honest I do not think he thought Benteke was going to even get a touch on it and that is why he has almost gone beyond the ball.

“Benteke has got the touch and he knocked it inside of him and you kind of talk in goalkeeping terms ‘you never turn your back to the ball’.

“But I genuinely think that if he would have turned the other way he would not have got there.

“So, he has gone the way that is generating the most momentum and actually propelled him back towards his goal

“And then he has got his “go, go gadget” arm and just sort of stopped it on the line.”

Leeds are gearing up to take on Brentford in their next top flight outing on Sunday and fans will be hoping Meslier can add another clean sheet to his tally while the club’s attackers produce fireworks at the other end.