Former Premier League star Hal Robson-Kanu has claimed that West Ham United star Declan Rice needs to join a bigger club in order to take his game to the next level.

Rice is a certain starter in the England line-up and has continued to remain a talismanic presence in the middle of the park for West Ham.

The midfielder is admired at all the big Premier League clubs but West Ham have so far resisted selling him despite interest from the big-wigs in England. 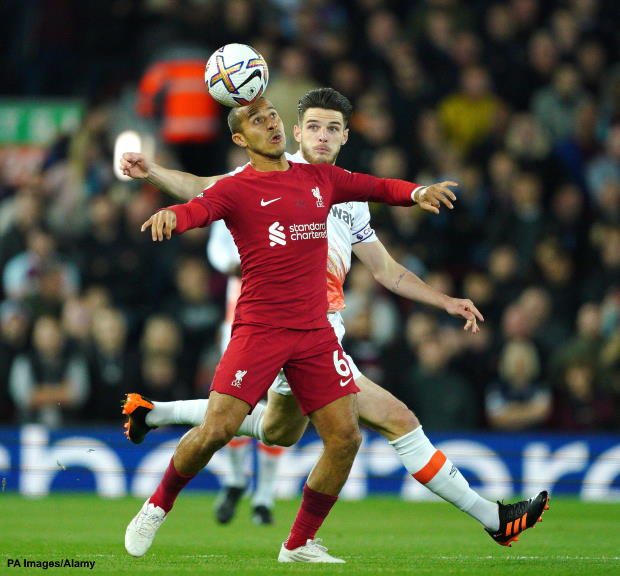 However, Robson-Kanu believes for the sake of his career, Rice needs to move on from West Ham and join a bigger club.

He is certain that Rice has more to his midfield game than just breaking up play but admitted that at West Ham he does not have to deal with the expectation of being a more progressive player.

The former Wales attacker stressed that at a bigger club he will have to take more risks as that will be the expectation from him.

Robson-Kane said on talkSPORT: “For Rice to do that [do more from midfield], he needs to move to a big club.

“That would then be expected of him because you can see when he plays for England, he moves the ball.

“Don’t underestimate the ability to be always available and move the ball across quickly.

“But in terms of the opportunity to break the lines, having not necessarily the confidence but the expectation that every time you get on the ball, the first thought is forward.

“He is probably a little bit comfortable in that West Ham team and for him to go to the next level, he needs to progress at club level because then that’s the expectation.”

Rice has rejected offers of a new deal from West Ham this year and is believed to be keen on a move next summer.