My Mind Is Made Up – Arsenal Loanee Comments On Future

Arsenal loanee Lucas Torreira has reiterated his desire to return to South America this summer with Boca Juniors and conceded that he is not feeling happy at the moment in Europe.

Tragedy struck the Torreira family recently when the midfielder’s mother passed away and he could not go to Uruguay to bid a final farewell due to travel restrictions across the world.

The midfielder has been on loan at Atletico Madrid from Arsenal since last summer, but he has made up his mind about returning to South America with Boca Juniors. 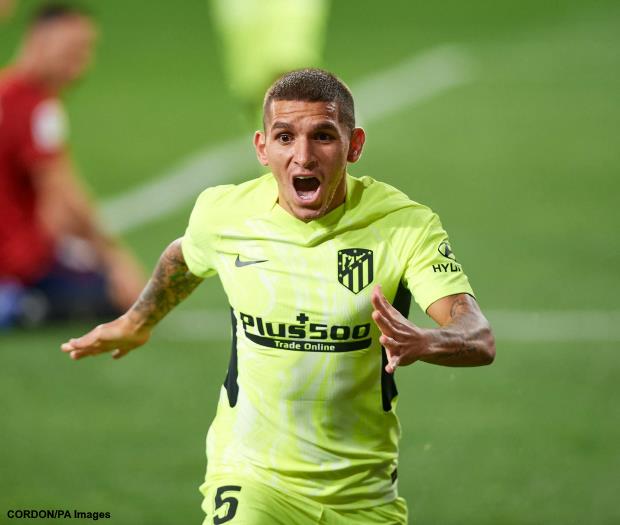 He admits that he always wanted to play for the Argentine giants and a move to Argentina would allow him to live close to his family, especially his father, who is struggling to cope with the loss of his wife.

The Uruguayan insisted that Arsenal will have to agree to loan him out as Boca Juniors are unlikely to have the money to pay a transfer fee for him.

Torreira made it crystal clear that he is not happy in Europe and is longing for a return to South America.

“My idea is very clear to me, the decision I want to make.

“I want to be close to my family, especially to accompany my father who is suffering from the most from my mother’s death.

“In the last two seasons in Europe, I have not had a good time.

“I always try to smile and they think everything is alright but it is not.

“I know what I want but I know it is not going to be easy.

“I am an Arsenal player and the clubs will have to agree a one-year loan.

“A purchase would be difficult for Boca.

It remains to be seen whether Arsenal agree to meet Torreira’s demands on personal grounds or insist on earning a transfer fee for him.