Manchester City are planning talks with their attackers Raheem Sterling and Riyad Mahrez to discuss their futures at the club, according to Eurosport.

Sterling’s performances for the Citizens in the recently concluded season, which included 14 goals and 12 assists in 49 appearances across all competitions, earned him a place in England squad for the European Championship.

Mahrez also played a significant role in Manchester City’s Premier League title triumph as well as their journey to the Champions League final, scoring 14 goals and providing nine assists in 48 appearances across all competitions. 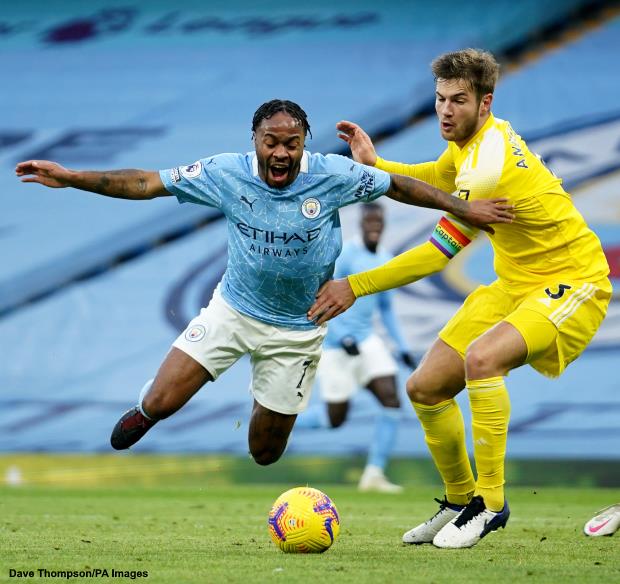 However, the futures of Sterling and Mahrez have been called into question with both players’ contracts at Manchester City set to expire in the summer of 2023.

The Premier League champions are in the process of scheduling talks with both Sterling and Mahrez over their future roles at the club.

Sterling scored England’s first goal in the European Championship in their 1-0 victory over Croatia on Sunday and raised his game playing in attack with Harry Kane, who is thought to be a top target for Manchester City this summer.

Gabriel Jesus and Aymeric Laporte could potentially leave the Citizens this summer as the Premier League champions look to give their squad a fresh look heading into next season.

Manchester City look to be in the midst of a complicated summer transfer window with several of their top stars’ futures remaining uncertain.