Rangers have suffered a blow in their chase for 23-year-old central defender Danilho Doekhi as he has been named as Vitesse’s captain for the 2021/22 season, in an indication they are planning to keep him.

Having entered the final year of his contract with Vitesse, Doekhi has been heavily linked with a move away from the Dutch club during the ongoing transfer window.

With the 23-year-old’s contractual situation putting suitors on alert, Newcastle United, Norwich City and Atalanta have been named among the clubs interested in him. 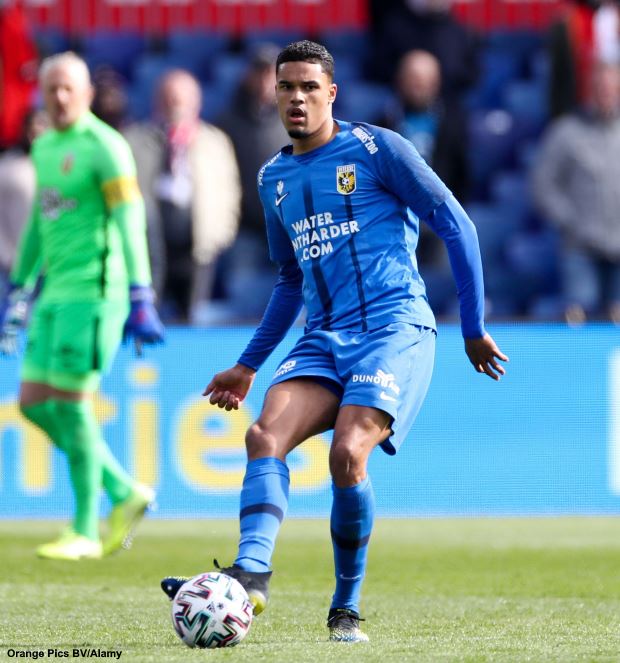 Scottish Premiership champions Rangers have also been credited with an interest in acquiring the services of the centre-back from Vitesse this summer.

However, the Gers’ hopes of landing Doekhi appear to have suffered a blow, with Vitesse appointing the Dutchman as their captain for the 2021/22 season.

The former Ajax youth star wore the armband for the Dutch outfit throughout pre-season and now Vitesse coach Thomas Letsch has confirmed that he will lead the side next season.

Vitesse handing Doekhi the armband despite him entering the final year of his contract with the club could suggest that he is staying at the club beyond the summer.

It remains to be seen if Rangers will look to sign the centre-back on a free transfer next year should he end up staying at Vitesse this summer, or lodge a bid before the window closes this summer.