Celtic are showing an interest in Algeria international Zinedine Ferhat, who is approaching the end of his contract at French side Nimes, and could move for him in the transfer window.

The Scottish giants are keen to continue to reshape their squad under Ange Postecoglou and snapping up three players from Japan on Friday has not diminished their efforts.

Algeria midfielder Ferhat is now firmly on Celtic’s radar, according to French outlet Foot Mercato, and the Bhoys could even swoop for him in January. 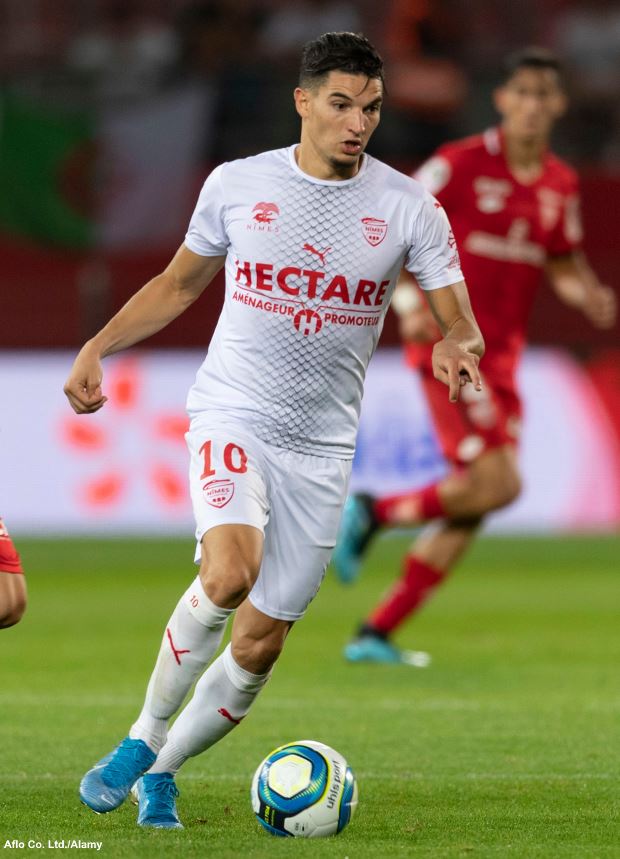 Celtic are aware that the 28-year-old is out of contract at Nimes this summer and they are one of several sides to show interest.

The January window is likely to represent Nimes’ best chance to earn a fee from Ferhat’s exit and a low-cost deal could appeal to Celtic.

Ferhat remained with Nimes last summer despite the club suffering relegation from the French top flight.

He has clocked eight appearances for Nimes so far this season, with the club mid-table in Ligue 2.

Ferhat turned out 33 times for Nimes in Ligue 1 last term, scoring six goals and providing an impressive ten assists for his team-mates.