Chelsea striker Armando Broja would be open to assessing a move to West Ham United if they make an offer for him this summer, according to the Daily Express.

David Moyes has been in the market for a striker since January last year when the club decided to sell Sebastien Haller to Ajax.

The West Ham boss is desperate to bring in a striker this summer and reduce the pressure on Michail Antonio next season, with European football again on the agenda. 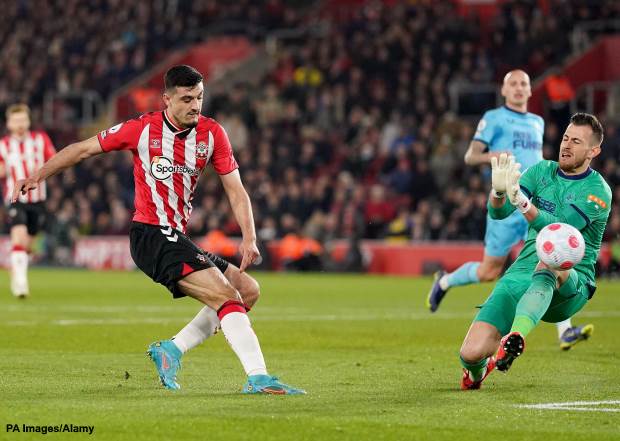 Broja has emerged as a target for the Hammers and West Ham are preparing a bid for him in the ongoing transfer window.

And it has been claimed that the striker would be prepared to listen to West Ham if they table a bid with Chelsea for him.

Broja is keen to make the grade at Chelsea but wants to play regular football in the Premier League following his loan spell at Southampton last season.

The Albanian would be ready to assess an offer from West Ham if they make a concrete bid for him.

The east London club are keen to sign him and are ready to test the water with a bid in the region of £25m to £30m.

The final decision on Broja’s future will rest on new Chelsea owner Todd Boehly and manager Thomas Tuchel this summer.