Burnley are poised to make an offer to West Ham United for Andriy Yarmolenko, according to Italy-based journalist Ekrem Konur.

Yarmolenko’s future at West Ham is in doubt following a starring role for the Ukraine at Euro 2020 and interest from other clubs.

He could depart the London Stadium and Fenerbahce are claimed to have started the ball rolling by putting in an offer. 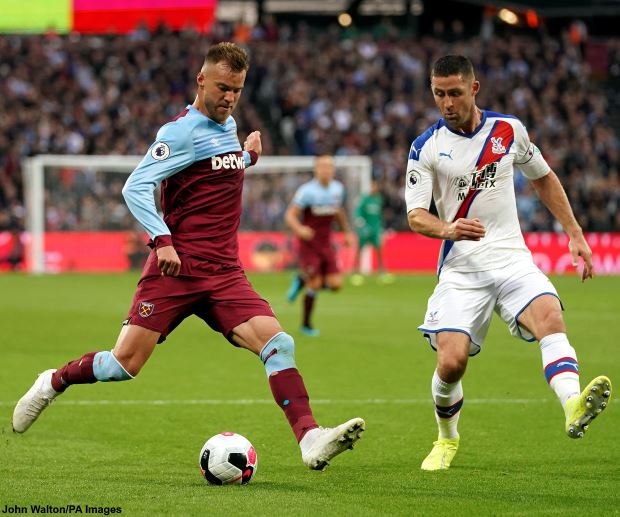 Now the Turkish side are claimed to have competition from Burnley, who want to keep Yarmolenko in the Premier League.

The Clarets are plotting an offer of £3m to take the Ukrainian international to Turf Moor.

A move within the Premier League may appeal to Yarmolenko, who made just 15 outings in the top flight for West Ham last term.

The 31-year-old has entered the final year of his West Ham contract and this summer may represent the Hammers’ best chance of earning a fee from his departure.

Yarmolenko joined West Ham in the summer of 2018.