Manchester United have collected just a point from their last three league games and have not looked convincing throughout the first few months of the season.

The Premier League giants have won just two of their last seven league games and Solskjaer is expected to make a few changes to the team to get them going in the next few games. 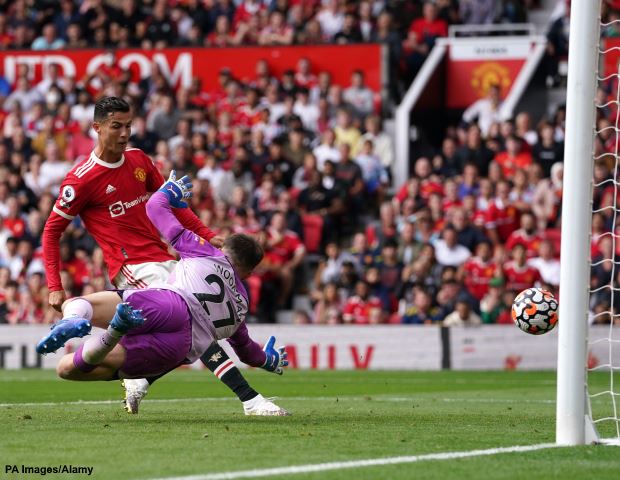 Manchester United need a win against Atalanta in the Champions League tonight and Cascarino expects the manager to shake up the team at Old Trafford.

He believes one of the changes that could help Ronaldo would be to bring Cavani into the side as the Uruguayan is a hard-working striker who could offset the Portuguese’s lack of work rate.

The former striker stressed that Cavani showed that he can help more flair forwards to flourish by doing all the dirty work and insisted that Ronaldo also looks better when he is playing alongside more hard-working strikers.

Cascarino said on talkSPORT: “I feel something has got to change as Paul Pogba said and I think he will change things going into tonight’s game and going into the weekend’s game against Liverpool.

“If you go back to Manchester United when they had Tevez and Rooney and Ronaldo up front, they were very versatile.

“A lot of work rate, especially from [Carlos] Tevez and [Wayne] Rooney and not so much Ronaldo and the same example was at Real Madrid.

“[Karim] Benzema did loads of dirty work for Ronaldo, let Cavani do that because Cavani can do that.

“He did that for Mbappe and Neymar at PSG. He was always that type of striker, a willing runner and chase everybody down.

“I think if you can get him closer to Ronaldo, I think it would have a different effect on the team.”

Marcus Rashford is expected to start against Atalanta tonight and add more work rate to the Manchester United front three.