Rangers boss Steven Gerrard has insisted his team only need one good performance to get their season back on track, having suffered defeats in their last two outings across all competitions.

The Gers fell to 2-1 defeat away at Malmo in the first leg of their Champions League qualifier last Tuesday.

Rangers’ hopes of bouncing back from their defeat in Sweden suffered a blow at the weekend as they fell to a 1-0 loss away at Dundee United, surrendering their 40-game undefeated record in the Scottish Premiership. 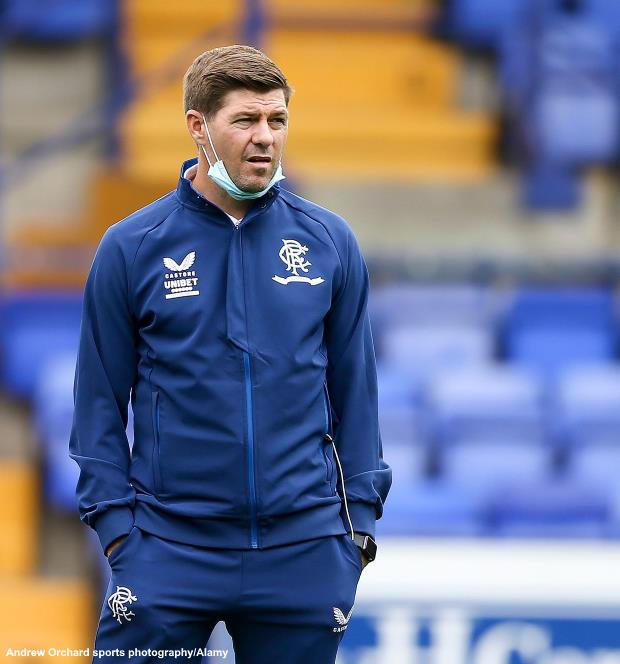 Despite their struggles at the beginning of the season, Gerrard has insisted his team only need one good performance to get back to top form and get their season back on track.

“We are two games into the league, still very early days”, Gerrard told a press conference.

“We won’t use any excuses, our last two performances were not at our level but that is on me and we will take any criticism.

“We only need one performance to light the fire again.

“I expect a good performance tomorrow [against Malmo].”

Gerrard added that when players are part of big club like Rangers, blocking out distractions is crucial to progressing and stressed a top performance against Malmo will flip the mood at the club following their recent struggles.

“When you are involved in a club of this magnitude, it would be very unhelpful to listen to outside noise.

“We have a lot of belief and confidence in each other.

“We are 90 minutes away from flipping the mood and kickstarting our season with a top performance.”

Rangers will host Malmo at Ibrox on Tuesday and Gerrard will have the likes of Fashion Sakala, Ianis Hagi and Leon Balogun available again, with all three returning from the sidelines following fitness issues.