Former Rangers star Alan Hutton has hailed Ryan Kent’s goal against Ross County as magnificent and explained that the Gers forward looked back at his best in the game.

Kent made his first Scottish Premiership appearance since 11th September against Ross County on Sunday and marked the occasion by scoring and helping Rangers to a 4-2 win.

The former Liverpool star announced his return from an injury by finding the back of the net with a shot from outside the box that Hutton has described as a magnificent strike. 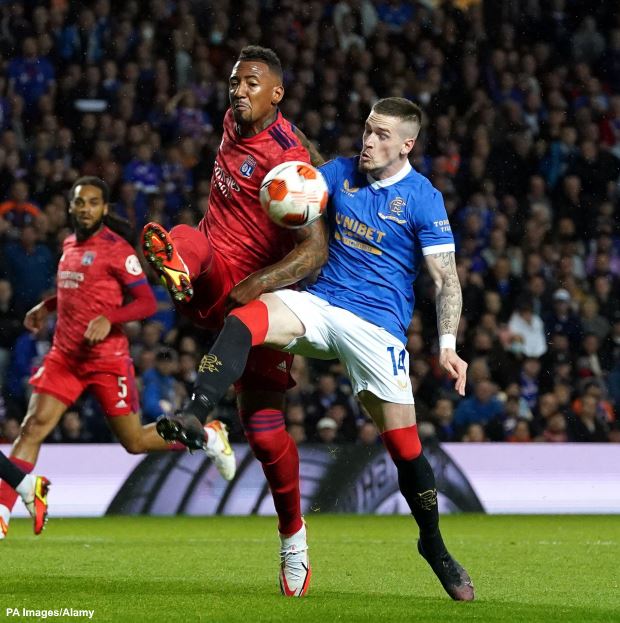 Hutton, who was delighted to see Kent back in the starting line-up, heaped praise on the 24-year-old for the technique with which he scored his goal against Ross County.

The former Rangers star is of the view that Ross County could not have prevented Kent from scoring even if they had two goalkeepers and feels the forward was back at his best on the evening.

“Honestly, I’m really happy for him because he did have a dip in form, but we think he was possibly carrying something“, Hutton said on Rangers TV following the game on Sunday.

“But, that’s a magnificent strike, I mean to get it up and down is so difficult, that technique, and he’s got that in the locker.

“And, just how quick his feet were today, he was never scared to take somebody on.

“He jinks inside the pitch, he opens it up for him and that is just a wonder strike.

“You can put two goalkeepers in there and you are not saving that.

“So, I was really happy to see him back and actually being happy, everything he did looked really sharp and aggressive.

Having scored his first goal of the season for Rangers on Sunday, Kent will be hopeful of building on the momentum and adding more to his tally when the Gers return to action following the international break.