AS Monaco vice president Oleg Petrov is excited to have signed Islam Slimani on loan from Leicester City and believes the principality side have landed a powerful striker.

Ligue 1 side Monaco have confirmed the arrival of Algerian centre-forward Slimani from Premier League club Leicester, with the 31-year-old penning a one-year loan deal.

Les Monegasques also have an option to buy Slimani, who was part of the Algeria national team that won the Africa Cup of Nations this summer, at the end of the 2019/20 campaign.

Monaco vice president Petrov is a fan of the Algerian's attributes and termed the player a 'powerful striker' who has proven his abilities in England and Portugal. 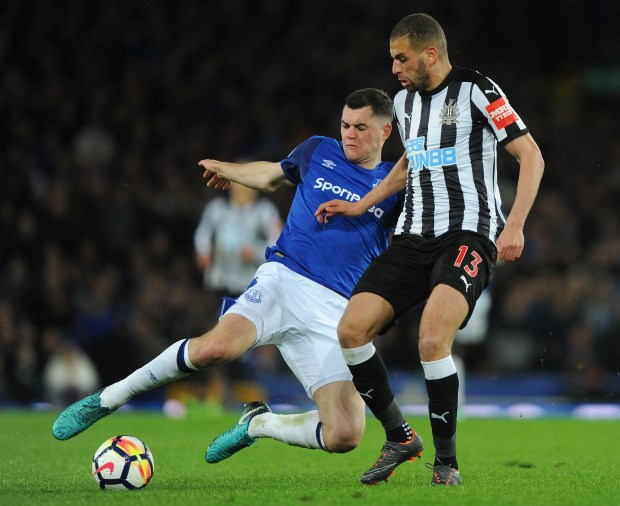 "He is a powerful striker and scorer who has demonstrated his qualities in the Portuguese and English championships in particular, but also in international competitions.

"Islam will strengthen our offensive potential and will also put its experience to benefit the group and the youngest."


Slimani has expressed his delight at having signed for the Ligue 1 giants, vowing to give his best for the club.

"I am very happy to be involved with AS Monaco, a big club that aims to fight for the first places in the championship and to qualify for European competitions", Slimani remarked.

"I will give everything to help the club achieve its goals."

The Algerian international spent last season at loan at Turkish club Fenerbahce and is joining a side that finished 17th in Ligue 1 last term.

Chelsea Include Buy-Back And Sell-On Clauses In Deal To Sell Talent To Rivals Clubs Yet To Show Concrete Interest In Celtic Star Tipped To Leave Lazio Attacker Reiterates Desire To Move, Everton And Tottenham Amongst Admirers French Giants Enquire About Chelsea Defender