Ireland legend John Giles is of the view that leaving Rangers and taking over at Aston Villa is the right move for Steven Gerrard to give himself the platform to impress Liverpool.

Gerrard left Ibrox last week, and returned south of the border to take the reins at Aston Villa, succeeding Dean Smith, who was shown the exit door after a poor run of results in the Premier League.

The 41-year-old won the Scottish Premiership at Rangers last term, but chose to leave the club mid-season because an opportunity at a Premier League side like Aston Villa was too good an opportunity to pass on and many believe it is down to his ambitions to one day manage Liverpool. 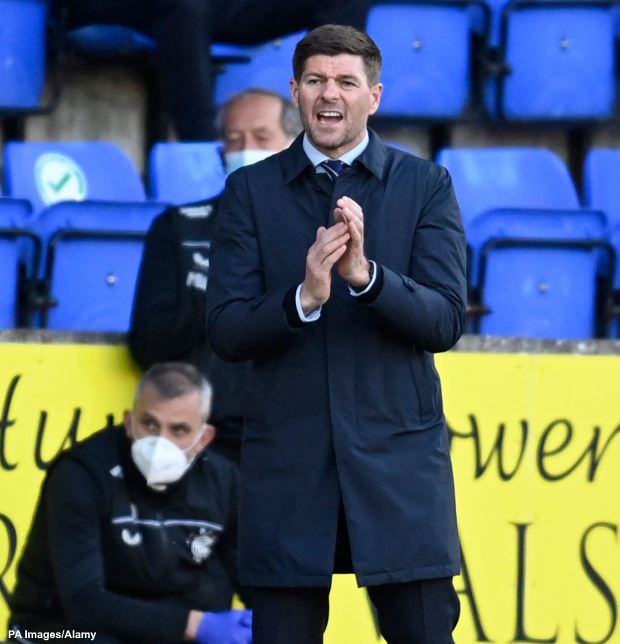 Ex-top flight star Giles is of the view that Gerrard has made a smart move in choosing Aston Villa as his next club as it has given him a platform to impress Liverpool more.

Giles explained that the English top flight provides far better competition than the Scottish Premiership and stressed that a successful stint at Aston Villa could put him one step closer to a potential return to Anfield.

Asked whether he thinks Gerrard being able to take Aston Villa back into the top half of the league or earn a European spot impresses Liverpool more than the Rangers job, Giles told Off The Ball: “There is no doubt, I think that is why he has done it.

“If we go back to Scotland, you have got Rangers, Celtic and that is it.

“You cannot see anybody else winning the league up there in the foreseeable future.

“And if he is doing well at Rangers, it could well be ‘oh it is only Rangers.’

“They are not one of the really top teams as far as the Premier [League is concerned].

“So, I think going to Villa is a smart move anyway.

“I mean three years is a long time in football and what he has to do is go and do a good job at Villa and see where it takes him.

“I am looking from the outside, I think he is an individual, an ex-player I think at some stage would love to manage Liverpool and I think the way he has gone about it now is very, very, very good.”

Gerrard’s first challenge as Lions boss will come in the shape of Brighton & Hove Albion in the top flight at the weekend at Villa Park.