Stuart Dallas has insisted that Leeds United will look to capitalise on the momentum from their last two Premier League victories as the Whites look to finish as high as possible in the table.

An own goal from Phil Jagielka proved to be the difference in Leeds’ game against Sheffield United as the Whites claimed a 2-1 victory over the Blades on Saturday.

Leeds sit just outside the top ten in the Premier League in eleventh place, but back to back victories in their last two league games will give them confidence to push on towards securing a top half finish with eight games left to play. 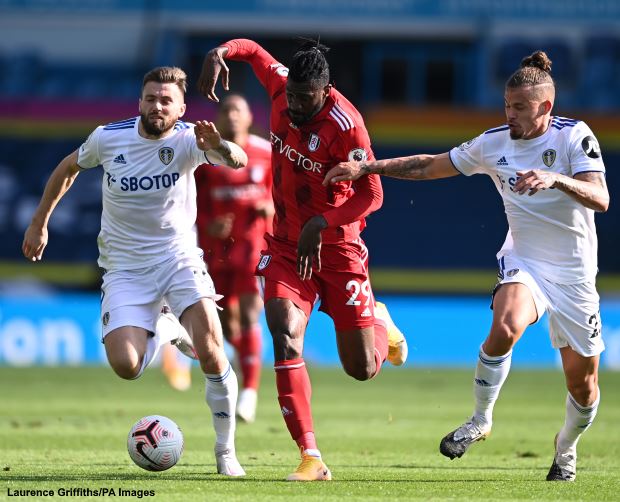 Dallas expressed his delight in the victory against the Blades as he stated that Leeds will kick on towards achieving a strong finish to their first Premier League season after promotion.

After claiming 2-1 victories over Fulham and Sheffield United, Dallas insisted that Leeds are building momentum towards their remaining eight games.

“In the second half, the game became a bit scrappy and it became a bit frantic at times I think as well towards the end”, Dallas was quoted as as saying by the Yorkshire Evening Post.

“We just needed to put a foot on it and there were chances there for us.

“It didn’t really cause us too many problems if I’m being honest but when you are only one goal ahead you always leave yourself open to a setback.

“But we are delighted with the win, we kick on now.

“Our last couple of results have been decent and we are starting to build a little bit of momentum.”

After making 30 appearances and scoring five goals in the Premier League this season, Dallas will hope to feature in Leeds’ remaining games this season.