Tony Dorigo has hailed Brenden Aaronson for his ability to make an impact on the pitch and insists that he has progressed at a rapid pace since playing for Leeds United in pre-season games.

Whites boss Jesse Marsch’s ambitions to inject more creativity into his squad this summer resulted in them signing Aaronson from Red Bull Salzburg.

The attacking midfielder caught the eye with a stellar display on his debut for Leeds as he played a key role in their 2-1 win over Wolverhampton Wanderers. 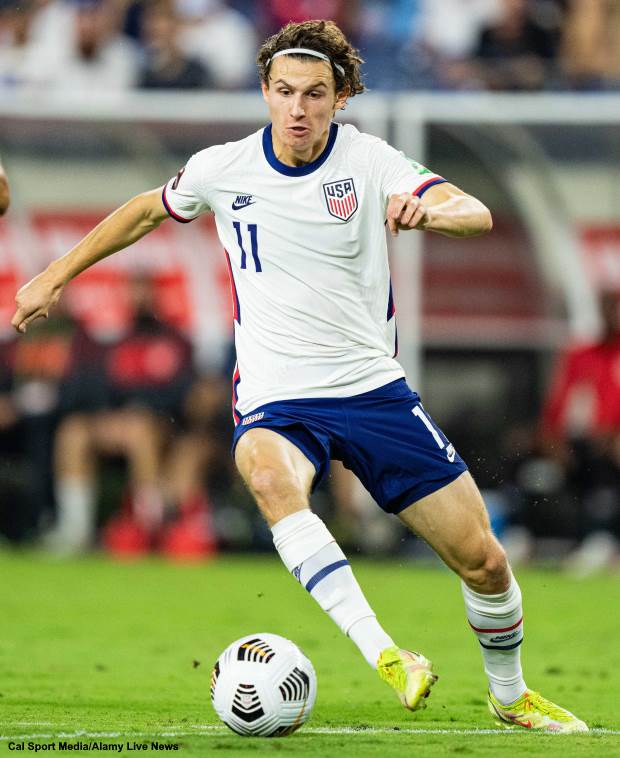 Leeds legend Dorigo is delighted that Aaronson has had a superb start to his Whites career and insists he has made a lot of improvements in quick time since playing for the Yorkshire giants in pre-season.

Dorigo lauded Aaronson for his ability on the pitch and insists he is one of the players that can make things happen in a game.

“Further up the pitch Brenden Aaronson, I saw his first game out in Australia, and you can see he’s coming on leaps and bounds”, Dorigo wrote in his Yorkshire Evening Post column.

“He’s getting more settled, more understanding of what goes on around him, and he’s a player that gets in between the lines and buzzes around the place, has got a good understanding with Rasmus [Kristensen] as well when he goes inside versus outside.

“He can make stuff happen and he’s got great technique and ability and delighted that he started so well.”

Leeds are set to take on Southampton at the weekend in their first away game of the season and fans will be hoping Aaronson will go from strength to strength as the season progresses.