Manchester City winger Raheem Sterling has insisted that he is happy at the Etihad, but conceded that Real Madrid are a massive club.

The 25-year-old winger is considered to be one of the top players in the Premier League and his game has hit new heights since he joined Manchester City from Liverpool in 2015.

There are suggestions that Sterling’s consistency has piqued the interest of Real Madrid and the Spanish giants are considering taking him to the Santiago Bernabeu at the end of the season.

The winger insisted that he is happy at Manchester City, but revealed his admiration for Real Madrid and the symbolism attached to the club’s all-white strip. 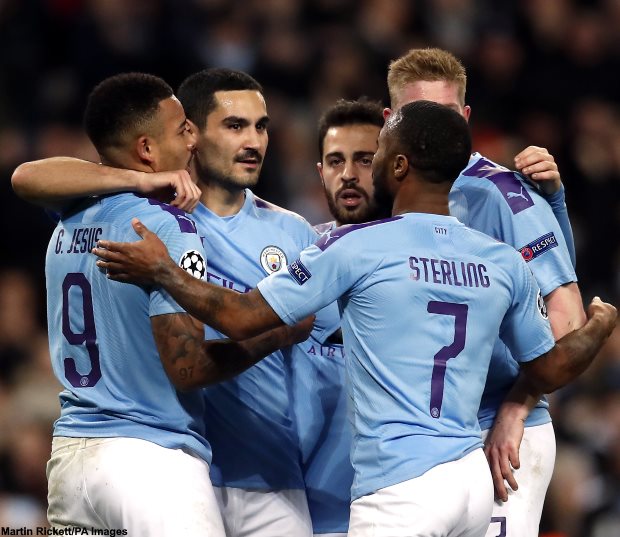 Sterling stressed that he wants to honour his contract at Manchester City but conceded that Real Madrid are a massive club.

Responding to links with Real Madrid, the winger told Spanish sports daily AS: “It is one of those things.

“Now I am at City and I am very happy, but I am also saying that Madrid are a fantastic club. When you look at their White shirt you know exactly what club it represents, it is huge.


“I have to say I have a great contract with City and I have to respect.

“But they are a fantastic club.”

Sterling is likely to be in the team when Manchester City take on Real Madrid in the first leg of their Champions League last 16 tie at the Bernabeu next week.

Lazio Attacker Reiterates Desire To Move, Everton And Tottenham Amongst Admirers French Giants Enquire About Chelsea Defender Tottenham Tipped To End Pursuit Of Linked Defender If Cristian Romero Joins If Malmo Think This Then They Haven’t Been Doing Their Job – Former Rangers Star