Everton and Tottenham Hotspur are ready to step forward again for Napoli striker Arkadiusz Milik, who is expected to be on the move in January, it has been claimed in Italy.

Milik is now firmly into the last year of his contract at Napoli and had been tipped to leave the club in the recent window, with a number of clubs having explored deals, including Premier League pair Everton and Tottenham.

The Poland international did not leave Napoli and is now expected to move in January as the Italian side look to earn a fee from his departure. 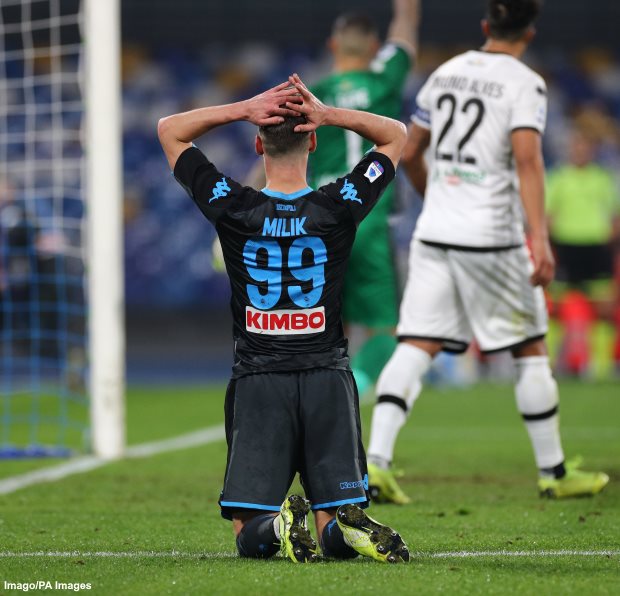 According to Italian outlet Tutto Mercato, both Everton and Tottenham are ready to step forward for the striker once again.

Milik is now waiting to move on in the new year as he seeks to play regularly ahead of next summer’s European Championship.

It is unclear how much Napoli will be looking for in order to let Milik move on in January.

The January window is only 12 weeks away and further clubs could yet join the hunt for the striker.

Milik, 26, found the back eleven times in Serie A for Napoli last season.