Former Manchester United star Lee Martin has admitted that he is pleased to see Marcus Rashford is being extra careful with his injury.

Rashford came off after 72 minutes in Manchester United’s 2-1 win over Brighton at the weekend and the game was still in the balance when he left the pitch.

The striker has been included in the squad that has travelled to Spain for their Europa League game against Granada and Ole Gunnar Solskjaer indicated that he is unlikely to start the game. 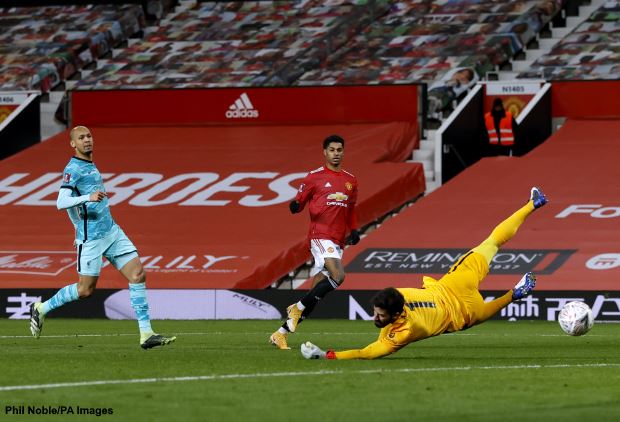 Martin conceded that he did not expect Rashford to be in the squad but is happy that the forward is managing his injury carefully and not pushing his body to the limit at this stage of the season.

He admitted that sometimes players do try to play through the pain barrier but he is pleased that Rashford is not being reckless and is trying to take care of his body.

Martin said on MUTV: “That was good news that he is travelling as well.

“I was expecting him not to travel but good news. He will probably start on the bench and if needed, bring him on.

“But it is good that he is being honest to himself as sometimes you go through that pain barrier.

“I have been out there and had little knocks and niggly injuries and you are thinking I have got to carry on because I won’t start the next game.

“It is good to see Marcus being honest about it and brought himself off.

“If he is got to miss one or two games, he will be back for the next crucial game and it is good that he saw a bit of sense there.”

Solskjaer will want to keep Rashford as fit as possible as Manchester United look to consolidate second position in the league table and go all the way in the Europa League.