Barry Ferguson has questioned just why Celtic interim boss John Kennedy took Leigh Griffiths to Ibrox to face Rangers and then did not introduce him in a bid to turn the game around.

Rangers scored a comfortable 4-1 win over Celtic on Sunday to remain on course to go through the league campaign unbeaten and also breach the 100-point tally in the Scottish Premiership.

It also meant that Celtic have failed to beat Rangers in any of their five meetings this season and are now 23 points behind their Glasgow rivals in the league. 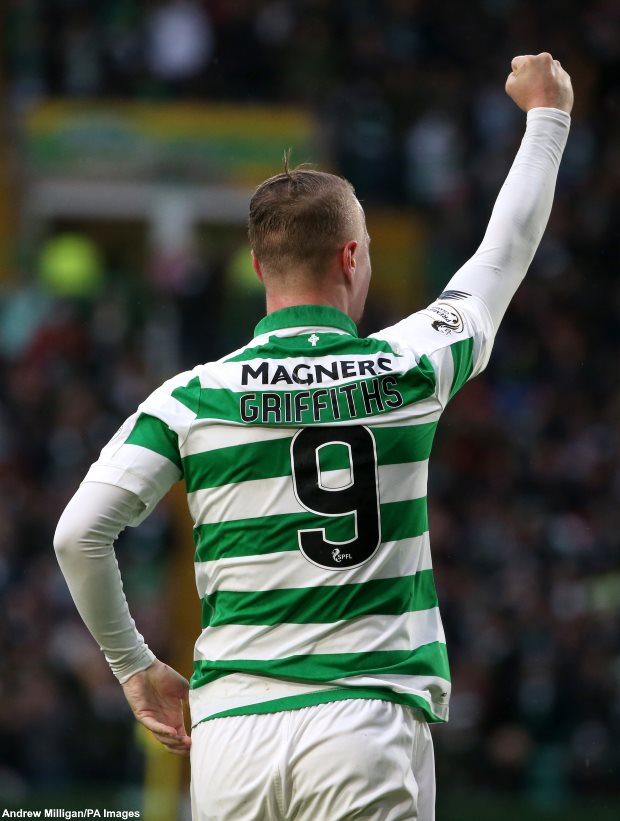 Griffiths was part of the Celtic squad on Sunday, but was not given the opportunity to make an impact.

Ferguson conceded that Celtic’s use of Griffiths baffled him and feels the Rangers bench were surprised not to see the striker playing a prominent role.

He is not sure why the Bhoys took the striker to Ibrox if they were not prepared to use him in a substantial way.

Ferguson said on the Go Radio Football Show: “It baffles me why Leigh Griffiths [didn’t come on earlier].

“Think ten days [back at] Pittodrie, Celtic are struggling to get back into the game and they bring Leigh Griffiths on and what does he do?

“He goes and scores the equaliser and Celtic get a point.

“I am sure across the Rangers bench they were surprised that that never saw him.

“What was the point in taking Leigh Griffiths to Ibrox when he was not going to get an opportunity?”

Griffiths has been a bit-part player at Celtic and there are question marks over his future at the club heading into the summer.